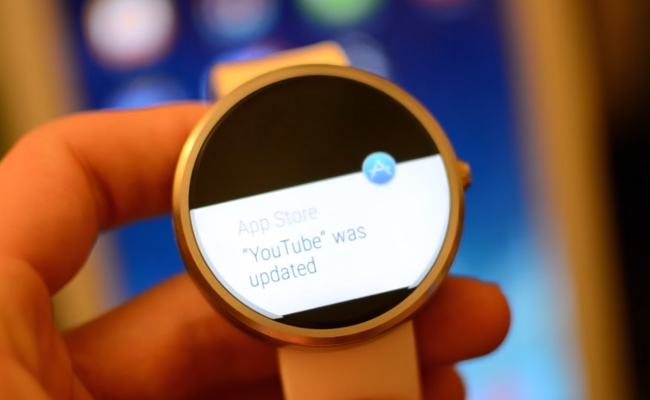 Google is supposedly working on making Android Wear smartwatches compatible with iPhone, which might be a clever way to combat Apple’s popular Apple Watch. However, while Google has yet to release Android Wear support for iOS, you can already connect Android Wear devices to iPhone and iPad.

Now, a new video shows you exactly how to do it with a Moto 360.

Motorola’s smartwatch is one of the most popular Android Wear watches that has been released so far, and the device has probably caught the attention of some iPhone users as well. Officially, the smartwatch only works with Android smartphones, but Jeremy Judkins’s short video shows you how to connect it to your iPhone or iPad.

As Judkins points out, the procedure might not work all the time, so you’ll have to keep trying if it fails. Furthermore, an Android smartphone is still required to run the Moto 360 app component that connects to the iPhone. That means iPhone users would still need access to an Android handset compatible with Android Wear gadgets to complete the set up.

Once that’s done the Moto 360 can be paired with the iPhone and/or iPad, at which point iOS notifications should start appearing on the Moto 360.

For more details, check the video below.