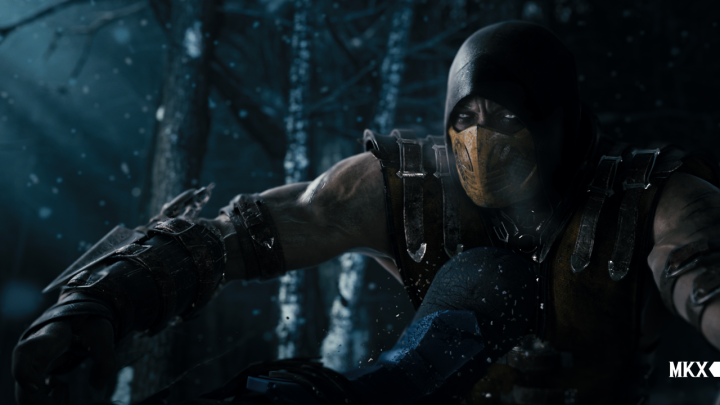 This was immediately, and embarrassingly, apparent as I proceeded to get trounced by two opponents in the opening moments of the game’s story. But no matter how many times I failed, I felt the urge to restart and try again.

DON’T MISS: Xenoblade Chronicles 3D is a great reason to own a New 3DS

Mortal Kombat X is the first new entry to the series in four years, and the debut of the long-running franchise on the new generation of consoles. While the X-Ray moves have received a ton of attention (and deservedly so), there are a host of new features and characters that fans of the series should be excited about.

One of the biggest changes to Mortal Kombat X is the evolution of the Challenge Tower. This mode, originally introduced in 2011’s Mortal Kombat, will now offer Quick, Daily and Premier challenges to keep players coming back regularly long after the game has launched.

Within the Living Towers (as they are now called), players will be confronted with unique, dynamic trials which will have changed every time you log back into the game. Living Towers give the developers at NetherRealm Studios a platform to build off of, which could lead to special events to coincide with DLC releases or holidays or achievements by the player base.

The focus on community interaction doesn’t end there. When you first boot up Mortal Kombat X, you will be presented with a choice — which of the game’s five factions do you want to join? Once you join a faction, everything you do, from the story missions you complete to the online battles you win, will contribute to your faction’s overall score. At the end of the week, the faction with the most points will be rewarded with costumes, special moves and more.

This Faction War is also platform agnostic, which means that players on PS4, Xbox One and even mobile will all be contributing to the same pool of points.

As for the story mode, Mortal Kombat X is picking up right where Mortal Kombat left off. Admittedly, I am not well-versed in the epic history of the Mortal Kombat universe, but each chapter of the game will focus on a specific character.

The spotlight shines on Johnny Cage during the first chapter, although many of the game’s most familiar characters make an appearance in the (now interactive) cutscenes that break up the fights. If you enjoyed the story mode in 2011, this should be right up your alley.

This is something that NetherRealm has already discussed, but Mortal Kombat X will span decades, giving the team an opportunity to explore the next generation of Kombatants, including Cassie Cage, Jaqui Briggs, Takeda and Kung Jin. Best of all, each and every character in the game will have three Variations (i.e. fighting styles) to choose from, which will give franchise fanatics entirely new skill sets to learn for their favorite characters while they work to master the new ones as well.

I also got a chance to play with the mobile version of the game, which will look very familiar to anyone who has played any of NetherRealm’s previous mobile fighters. At its core, Mortal Kombat X on iOS and Android is a collectible card game meshed with a fighting game. You flick and tap and swipe to attack your enemies, all while gaining in-game currency to unlock new characters.

One thing that didn’t quite come across in the video we shared earlier this month is just how incredible the game looks. Playing on an iPad mini, I was occasionally distracted by just how close the game looked to its console and PC counterpart.

Anyone who picks up the console game is going to have added incentive to download the game on their phones and tablets as well, because everything you do in the mobile game contributes to your faction. There are even unlockables that you can acquire on the console by accomplishing certain objectives on mobile, and vice versa.

After spending some time with the new game, it’s clear to me that the Mortal Kombat franchise is about to get another welcome shot in the arm… and punch to the face, and knife to the ribs and wooden stake to the eyeball.

Mortal Kombat X will release on PS4, Xbox One and PC on April 14th. The mobile version will launch in early April as well.