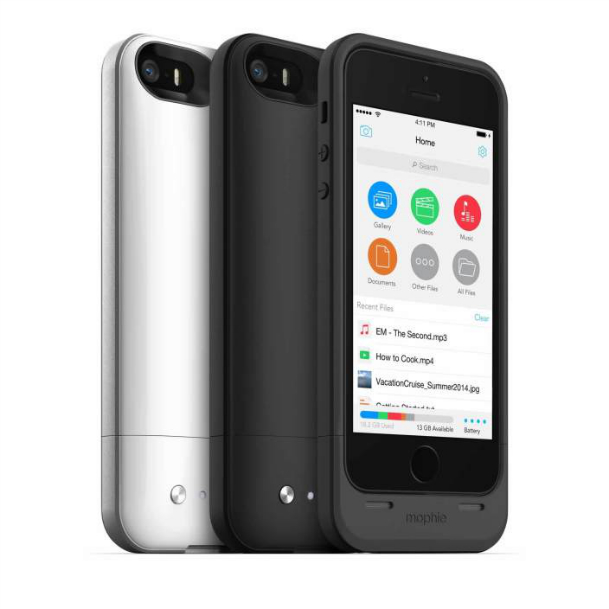 Mophie on Tuesday at CES 2014 unveiled a new battery case accessory that also offers extra storage for compatible models. The Space Pack case works with iPhone 5s and iPhone 5 versions, bringing protection against drops, an extra 1,700mAh battery that doubles the battery capacity of the handset, as well as 16GB or 32GB of additional memory for the iPhone. In order to manage content stored on the Space Pack, users will be able to download from the App Store a free iOS companion application called Space. Additionally, the extra memory can also be managed via a regular Lightning connection to a computer.

The Space Pack’s storage can be used for photos and videos, including backing up images and clips from the iPhone’s Camera Roll, but also for music, movies, various documents and files, and comes with AirPlay and AirDrop support. The Mophie Space Pack is available for pre-order on the company’s website for either $149.95 (16GB version) or $179.95 (32GB version) and will ship starting with March 14.

Also at CES, LaCie announced a portable wireless hard drive solution that will offer iPhone, iPad and Mac users access to an extra 1TB of storage for $199.99.