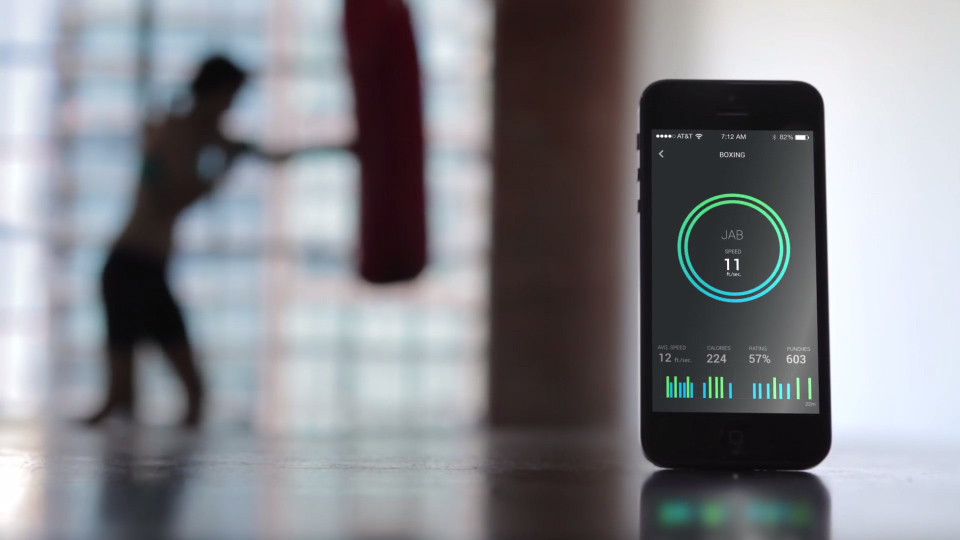 Consumers excited by the prospect of a fitness tracker that does more than just sit idly on your wrist and record your steps can now rest assured that one of the most intriguing wearable concepts we have seen do date will definitely be launching later this year. Moov on Friday announced that not only did it reach its crowdfunding goal of $40,000, its campaign took just 90 minutes to do so. And $40,000 is nothing compared to the company’s total raise thus far, which now sits at almost $1 million two weeks after the campaign launched.

According to Moov, its campaign is “the most successful fitness crowdfunding campaign ever.”

“We are so grateful for the overwhelming support from our early backers. Our success thus far reflects the growing need and desire for a fitness product that goes beyond what current trackers on the market are able to offer. We’re excited for the first round of Moovs to be shipped out in the summer,” Moov co-founder Meng Li said.

Moov also confirmed a second run of devices that will ship this coming fall.

The Moov is a wearable fitness tracker that adds an intelligent coaching mechanism to the standard motion tracker concept. It is billed as the “Siri for sweat,” monitoring the wearer’s movements, offering encouragement and helping to improve the user’s technique.

To learn more about the Moov, which launches this summer for $69 to those who pre-order the device, check out our earlier coverage.

MOUNTAIN VIEW, CA – March 14, 2014 – Moov, a new fitness wearable device that aims to put an end to the bullsh*t workout, today announces that it will begin taking pre-orders for its next batch of devices set to ship in the fall. The company has successfully raised close to $1 million over the course of its recent campaign, making it the most successful crowdfunded wearable fitness device ever.

After blasting through its initial crowdfunding goal in less than 90 minutes, and nearing $1M in funding in a span of two weeks, the team is now working on its next batch of product inventory. “We are so grateful for the overwhelming support from our early backers. Our success thus far reflects the growing need and desire for a fitness product that goes beyond what current trackers on the market are able to offer. We’re excited for the first round of Moovs to be shipped out in the summer,” says co-founder Meng Li.

The company plans to offer the special fall shipment at a discounted price of $69 to continue giving early backers a discount. After the pre-sale campaign is over, Moov will retail for $120.

Moov founders, Nikola Hu – a former Apple and HALO game engineer, Meng Li and Tony Yuan created Moov based on their personal experience that many people have the potential to workout better and more efficiently, or are training with improper form leading to long-term damage.

Moov makes the perfect workout a reality for anyone. Based on biomechanics and sport science research from Harvard and Stanford, it’s the first device that not only tracks your activity and form while you’re exercising, but also gives you real-time audio and visual instruction on how to improve. The device, which is smaller than an Oreo, uses artificial intelligence to analyze the way you run, swim, strength train, or cardio box. This is critical to helping you get more from each workout, while also helping to reduce common injuries.

Moov is waterproof and attaches to a band that can be strapped on your wrist, ankle, or arm. The sensors capture your body’s exact form and sync with the app to give you feedback while you’re working out. The app can run in the background, allowing you to listen to music while you workout. At launch, Moov will support running, swimming, cycling, strength training and cardio boxing with plans to roll out many other sports post-launch including yoga and golf.