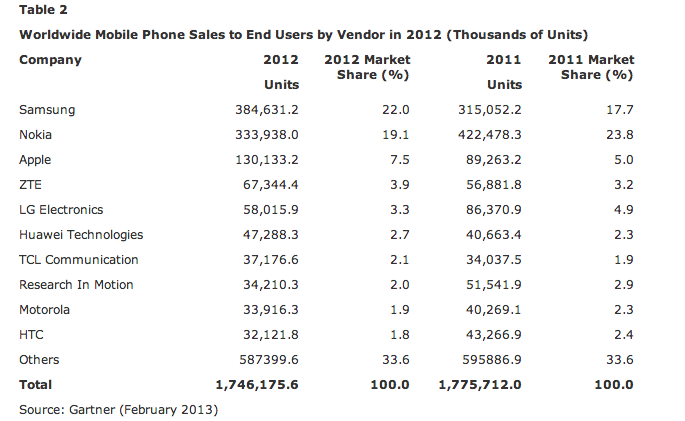 For all we’ve heard about the “mobile revolution,” in recent years, it may surprise you to learn that mobile phone sales actually shrank in 2012. Gartner reports that total handset sales totaled 1.75 billion units in 2012, a slight drop from the 1.77 billion handsets sold in 2011. Although this may seem puzzling, the reason for this decline becomes clear once Gartner breaks down handset sales by vendors and shows that Nokia (NOK) and LG (066570) are primarily to blame. Overall, Nokia sold 334 million phones in 2012, a 21% decline from the 422 million phones it sold in 2011, while LG sold 58 million mobile phones in 2012, a 33% decline from the 86.4 million it sold in 2011.