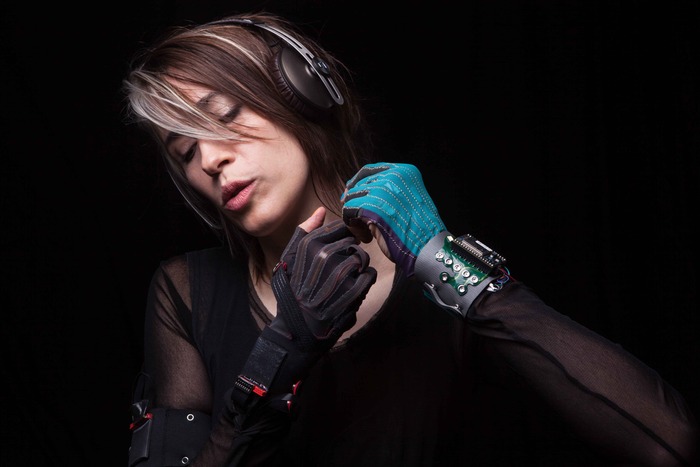 Wearable tech has a lot of promise, but the endless parade of smartwatches from every company with the means to create one has diluted the field. One of the more fascinating projects that exists far outside of this box is Imogen Heap’s Mi.Mu Glove, a musical tool that allows musicians to create music without confining themselves to a computer. By simply moving a gloved hand, the user can change countless aspects of the sound created with the Mi.Mu Glove, from the pitch and the volume to the instrument being emulated.

As Heap explains in the Kickstarter video, “currently you’d need a small team of people to set it all up.” If the project is funded, the team will be able to finish designing the software and the hardware which will make Mi.Mu Glove compatible with any system, opening up a world of possibilities for music creators.

The final design of Mi.Mu Glove will also be completely open source — that means anyone who wants to tinker with the actual hardware or improve the included software will be able to do so.

“We wanted everyone to have the experience of being inside these gloves without as much of the complexity in Imogen’s original system,” writes the team. “We wanted to make a wireless glove that almost any musician could adapt to their way of making music. The last 18 months have seen re-design after re-design of the glove textiles, hardware and software and we have finally arrived at a point where we can make them available to others through this Kickstarter.”

If you’d like to learn more about the project, or kick in a few bucks yourself, you can do so at the Mi.Mu Glove for Music Kickstarter page.