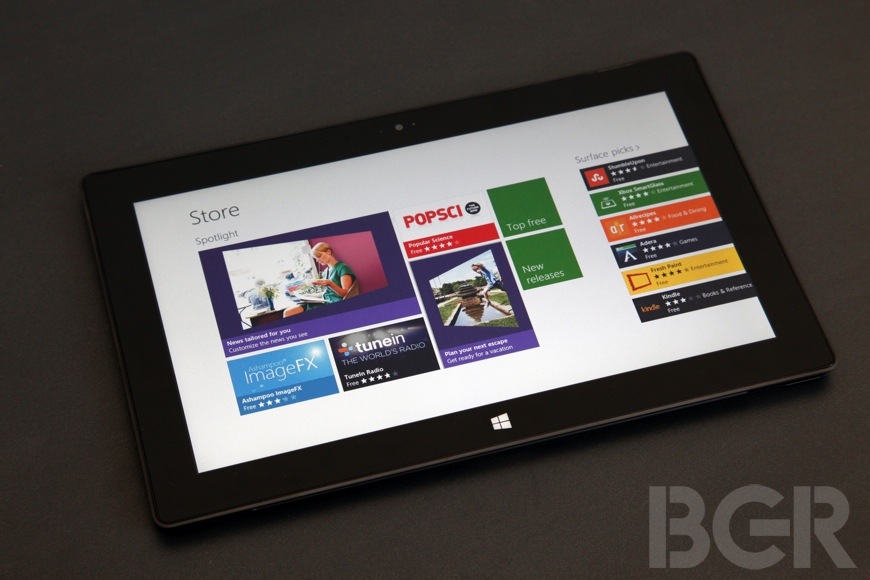 As users settle in with their Microsoft (MSFT) Surface tablets, the folks at iFixit have already taken their screwdrivers and spudgers out to crack the device open. iFixit says it managed to disassemble the Surface in about 20 minutes and praised the tablet’s modular component layout and easy to remove battery. The only cons to the tablet appear to be that the glass and LCD are bonded, which makes replacements expensive, the rear panel is hard to remove due to it being held in place by 17 Torx screws, a heat gun is required to split the glass and LCD, and the keyboard connector is hard to remove without taking the display apart first. All in all, the Surface received a 4/10 repair rating (10 being the easiest), double that of Apple’s third-generation iPad.