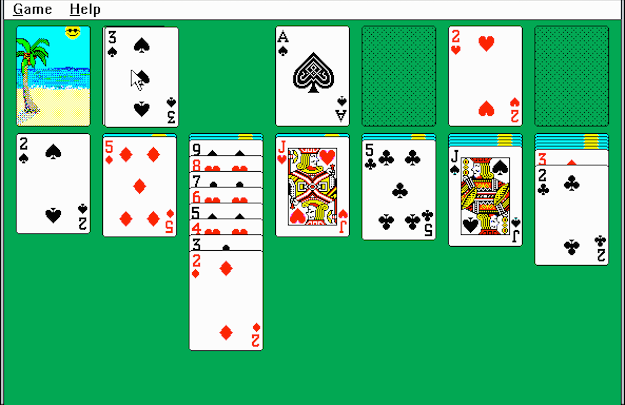 The inclusion of games like Solitaire and Minesweeper on early versions of Windows was no happy coincidence. Sure, it gave millions of computer users across the globe the perfect excuse to procrastinate, but their presence on Windows served a much larger and interesting purpose.

Though Apple brought the mouse mainstream when it introduced the Mac in 1984, the platform’s relatively small marketshare meant that most computer users were still unfamiliar with a standard GUI. So when Microsoft introduced Windows 3.0 in 1990, it included Microsoft Solitaire as a fun way to get consumers accustomed to basic computer functions like dragging and dropping.

Speaking to this point, Microsoft product manager Libby Duzan told the Washington Post back in 1994 that the company “put Solitaire into Windows to soothe people intimidated by the operating system.” Recall that for many users, Windows 3.0 represented an entirely new user interface environment, with no command prompt in sight. So in addition to providing end-users with a fun distraction, Solitaire also “taught them how to use a mouse.”

So there you have it, the history of Solitaire on Windows explained. In fact, Solitaire has become such an entrenched part of the Windows experience that there was collective uproar, albeit brief, when word spread that using Microsoft’s Solitaire Collection Premium edition without ads on Windows 10 would require a subscription.

As for Minesweeper, Mental Floss adds:

Minesweeper, too, has a similar place in technological culture. The numbers-based logic puzzle has roots in the mainframe gaming scene of the 1960s and 1970s, where a version called “Cube” by Jerimac Ratliff became incredibly popular. Decades later, in 1992, the Microsoft version Minesweeper was introduced to Windows 3.1—not to demonstrate that Windows was an adept gaming operating system, but to make the idea of left and right clicking second nature for Windows users, and to foster speed and precision in mouse movement.

Alas, there is a method to Microsoft’s madness.