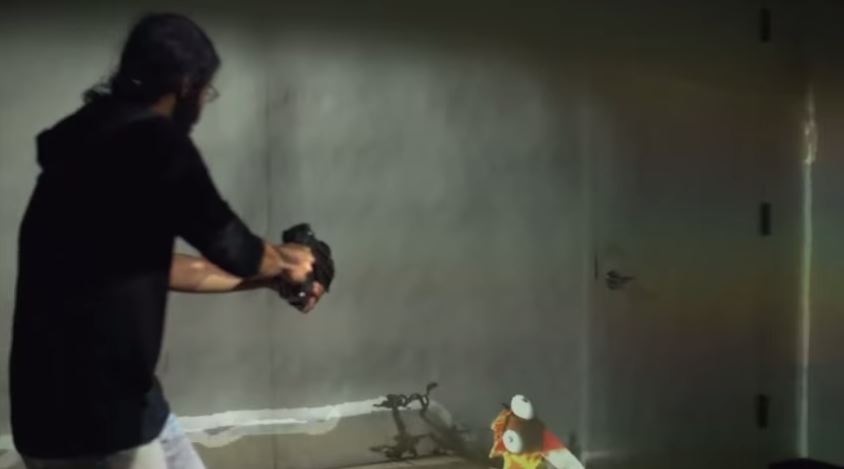 Have you ever watched Star Trek and wished you could be in the holodeck interacting with exotic simulated environments? Well, Microsoft is making that dream more of a reality with a killer new concept that they’re calling “RoomAlive” for Xbox.

To make the “RoomAlive” a possibility, an Xbox owner would have to have a projector system that covered the entire room:

How this works is that the projector would display the Xbox game images throughout your living room, and then the Xbox Kinect would track your movement as you interact with them. The result would look something like this:

We don’t know when we’ll see the “RoomAlive” in action with Xbox games that use the technology, but here is a demonstration of how Microsoft intends on having gamers use the it. Check out the video below for some “RoomAlive” tech in action.