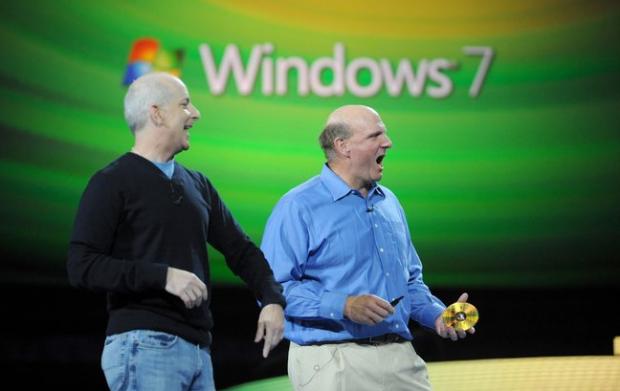 Most of the time when a big-name executive leaves their longtime employer, reports start to trickle out about the executive not being a “team player.” This was the case when Apple (AAPL) let go of Scott Forstall recently and it looks like it will be the case with former Windows president Steven Sinofsky as well. An unnamed source has told Business Insider that Sinofsky “felt that he deserved to be Microsoft’s (MSFT) next CEO, and wanted to be designated as Steve Ballmer’s successor after Windows 8 shipped.” What’s more, Sinofsky reportedly threatened to quit if he didn’t get what he wanted and Ballmer decided to call his bluff and let him walk.

Unnamed sources have also told AllThingsD that Microsoft’s decision to let Sinofsky go “came amid growing tension between Sinofsky and other top executives” and that Sinofsky “was viewed at the top levels as not the kind of team player that the company was looking for.” And to top it all off, CNET has acquired Sinofsky’s final internal memo at Microsoft where he explains that he made the call to leave the company and stated that his “passion for building products is as strong as ever” and that he looks forward to “focusing my energy and creativity along similar lines” to the work he’s done at Microsoft for 23 years.

And for what it’s worth, Sinofsky also told Microsoft employees to ignore the inevitable “chatter” about his reasons for leaving the company, as he assured them that “this was a personal and private choice that in no way reflects any speculation or theories one might read.”