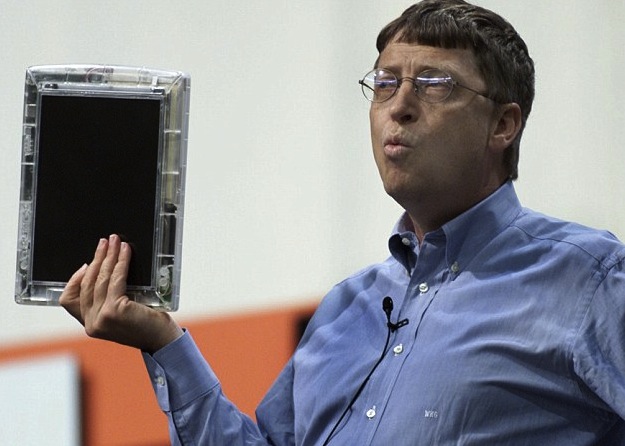 PC World’s Matt Smith has a lengthy article highlighting all of Microsoft’s (MSFT) coolest research projects to show that, contrary to popular opinion, the company is a fountain of research and innovation. And Microsoft’s R&D team really is working on some cool stuff, including interactive displays that can be projected directly onto your arm and a “Magic Wall” that brings to mind the holodeck from Star Trek’s Enterprise spaceship. But as I was looking through all of these cool projects I thought to myself, “What are the chances that Microsoft will release them for public consumption in a timely manner, or that they will be well executed on the first go-round?” Given the company’s recent history the answer is sadly, “Pretty low.”

Look, for example, at the case of tablets. Microsoft had been messing around with tablets for several years before the iPad was ever released but they never caught on in the consumer market because they were always heavy and had poor battery life. An even bigger issue was that Microsoft wanted to make tablets act basically as full PCs that just happened to have touch screen capabilities, when in reality many consumers wanted tablets to act as portable computing devices that they could use for more basic tasks such as surfing the web or playing games.

By the time Microsoft finally released a good tablet in late 2012, the market had already been well established by Apple’s (AAPL) iPad on the high-end and smaller Android-based tablets on the low-end. The fact that Microsoft decided to price its first tablet like an iPad more than two years after Apple established itself as the world’s top company for tablets only compounded its earlier mistakes.

To use a more forward-looking example, consider the Glass eyewear display that Google (GOOG) has been teasing for months. We know from patent filings that Microsoft has been working on something similar but the company itself hasn’t made a peep about it even as Google has given us some tantalizing demonstrations of the technology’s capabilities. What’s more, we know that Google plans on releasing Glass to developers in the first half of 2013 and we don’t even have any clue whether or not Microsoft’s eyewear project will ever make it out of the lab.

Why Microsoft never seems to get its best ideas ready for mass consumption in a timely manner is something of a mystery. Forbes‘ Roger Kay, for instance, speculates that Microsoft’s brutal employee performance review creates an atmosphere where “employees are afraid to do anything other than play palace politics in a descending spiral of shooting down each other’s projects.” Regardless, Microsoft’s enormous R&D budget hasn’t changed the fact that the company seems to get much less bang for its buck in terms of groundbreaking, innovative consumer technology than Apple and Google.