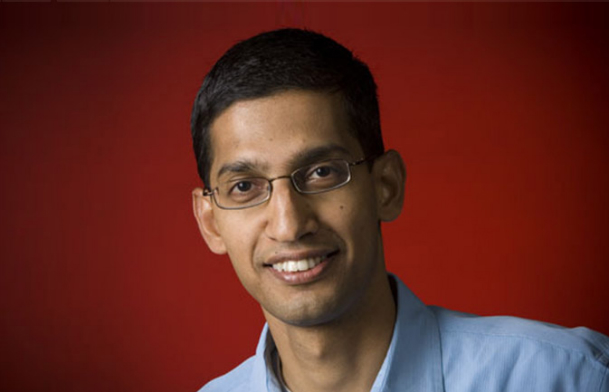 Amid reports that Microsoft’s Satya Nadella is considered the top candidate for a certain vacancy with the company, a new name has been entered into the pool of potential Microsoft CEO choices, and this time around it’s a top executive that’s already working at one of the company’s main rival, and who’s said to be a “front runner” for the job.

Silicon Angle on Friday wrote it has confirmed “Sundar Pichai is the top choice for the CEO position of Microsoft, according to sources close to the hiring team.” Negotiations are apparently in “full swing” with Pichai, labeled as the external candidate.

“Microsoft could really move the ball down the field with Sundar Pichai in creating a new open operating system model for cloud, mobile, and social” Wikibon chief analyst Dave Vellante said. “The market has been looking for a CEO who can balance the role of leading the enterprise transformation while keeping that consumer momentum with Xbox and reboot mobile. Pichai is the total package of technology leadership and business acumen.”

Pichai, who’s currently overseeing Google’s Chrome and Android efforts – the exec took the latter position from outgoing Andy Rubin – has been reportedly paid $50 million to stay at Google, the publication says. The same exec was rumored before to be in the running for leading jobs at Twitter.

However, Silicon Angle’s thoughts aren’t shared by Re/code’s Kara Swisher. “Sources at both MSFT and Google deny that Sundar Pichai is a CEO candidate,” Swisher wrote on Twitter on Friday. “Checked more sources and I can definitively say Sundar Pichai of Google is not in the Microsoft CEO running,” she added later.