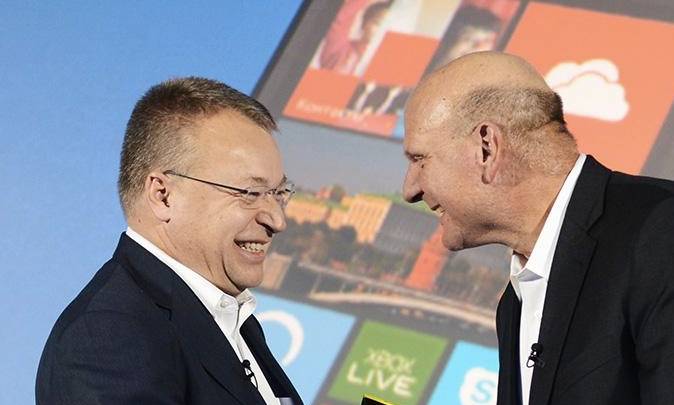 It was only a few months ago that former Nokia CEO Stephen Elop was seen as a prime candidate to take over for outgoing CEO Steve Ballmer at Microsoft. But as ZDNet’s Mary Jo Foley writes, two major events conspired to quickly take Elop out of the running.

In the first place, Elop’s departure from Nokia was messy to say the least. The fact that he got a $25 million payday despite overseeing a major decline in Nokia’s share value that allowed his former employer to buy it up on the cheap was a major scandal in the Finnish media. Microsoft at this point in its history would probably benefit from an uncontroversial CEO and not one who would be burned in effigy during business trips to Helsinki.

Second, Elop was hurt by a series of leaks that claimed he was on board with plans to kill off the unprofitable Bing and Xbox divisions, which Foley writes were particularly damaging “given Microsoft management’s insistence that Microsoft couldn’t and shouldn’t abandon its consumer properties.”

Things aren’t all bad for Elop, however. He’s been appointed as the new head of Microsoft’s devices business, which will play a key part in the company’s plans to make itself more relevant in the smartphone and tablet markets. While it may not be as desirable a position as being the CEO, being in charge of the devices portion of a self-described devices and services company is a pretty sweet gig to have.