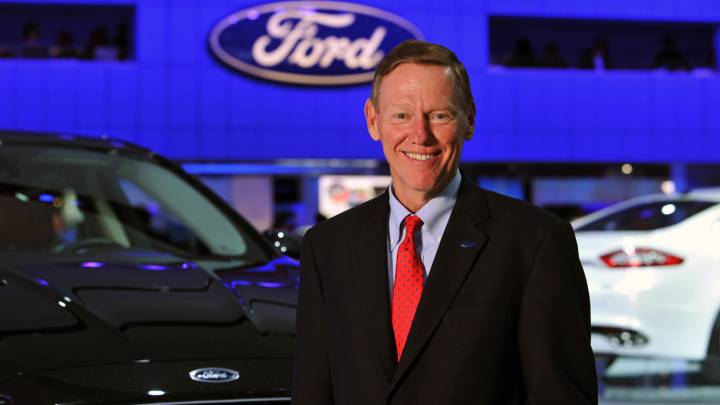 With Stephen Elop’s tenure at Nokia now shrouded in controversy, Microsoft may be looking in a different direction when it comes to picking its next CEO. Unnamed sources tell AllThingsD that Ford CEO Alan Mulally has now the frontrunner to take over for outgoing CEO Steve Ballmer at Microsoft. At first blush, Mulally’s history as a former CEO of Boeing Commercial Airplanes and current CEO of Ford would make him seem an unlikely candidate to run a software company that’s transitioning into being a devices and services company like Microsoft. But as AllThingsD notes, Mulally has several things going for him that could make his transition to becoming Microsoft’s CEO easier than anticipated.

First, Mulally served as a close advisor to Ballmer and helped the outgoing Microsoft boss draft plans to restructure the company. Since Mulally already has a good understanding of how the company will look once he steps in it could significantly reduce potential growing pains. More importantly, Mulally’s tenure at Ford shows that he knows how to guide a company through uncertain waters. Ford under his watch was the one major American automaker that didn’t take any federal rescue money and the company returned to profitability shortly after the Great Recession began in 2008.

If Mulally came to Microsoft he’d be inheriting a company that’s at a crossroads, not in a crisis. Microsoft clearly needs to figure out whether its strategy for mobile computing needs reworking and it faces big decisions about what to do with its unprofitable Xbox and Bing enterprises. But as Steve Ballmer himself once said of Mulally, “He understands the fundamentals of business better than anyone I know.”

That kind of ringing endorsement could make him a popular pick for both Microsoft shareholders and Microsoft chairman Bill Gates.