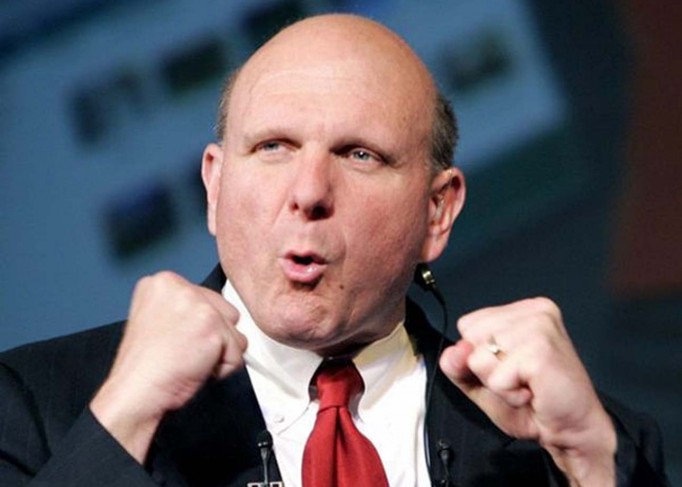 Give outgoing Microsoft CEO Steve Ballmer credit: He seems to be very in touch with who he really is. In a lengthy interview with The Wall Street Journal, Ballmer said that he decided to step down from Microsoft because he wasn’t moving fast enough to get the company’s mobile products up to speed with Apple and Google. What’s more, Ballmer’s talks with Ford CEO Alan Mulally made him seriously rethink the way that he’d been running Microsoft during his tenure, which caused him to put more of an effort on teamwork and less on competitive pressure between divisions.

But as Ballmer began to bring his management teams together to forge a sense of unity and solidarity with one another, many apparently didn’t believe that Ballmer was serious about making fundamental changes to the way that Microsoft has traditionally worked.

“I’m big, I’m bald and I’m loud,” Ballmer said, describing his management style. “No matter how fast I want to change, there will be some hesitation from all constituents — employees, directors, investors, partners, vendors, customers, you name it — to believe I’m serious about it, maybe even myself… At the end of the day, we need to break a pattern. Face it: I’m a pattern.”

This is why Ballmer drafted his grand plan for overhauling Microsoft and bringing it closer together as one company before deciding to make his grand exit this past fall. He’s now setting Microsoft up as a devices and services company that he’ll hand off to his successor in 2014 and then ride off into the sunset.

All that said, Ballmer isn’t going to sit by passively during his company’s transition over the next year. In fact, when the Journal asked if he saw himself as a lame duck, Ballmer reportedly started “jumping up from an interview and lunging forward while pumping his fist forward like a battering ram” while yelling “Charge! Charge! Charge! I’m not going to wimp away from anything!”

If there’s a more fitting coda to the man’s career than this, we can’t think of it.