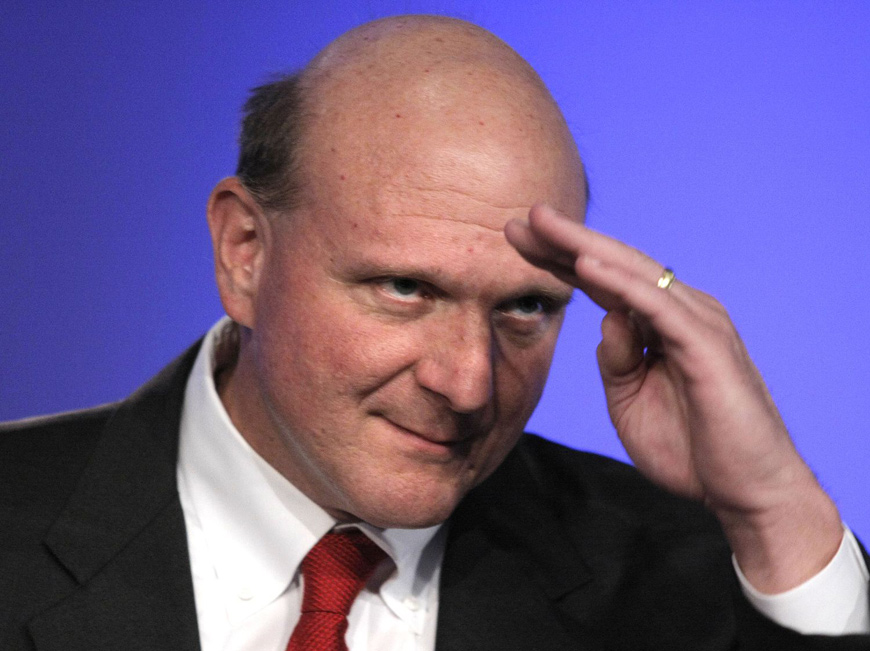 “That doesn’t mean nobody else ever thought about it, but ‘How do you make money?’ was what I got hired to do,” Ballmer tells Fortune. “I’ve always thought that way… I would say that it has been a hallmark of mine since arrival. I’ve always had the unique, valuable perspective of being on the front line selling, working with our partners, because in some senses your ability to understand how to make money is heavily shaped by what you think people will pay for, in addition to what it costs to get things done.”

This emphasis on making money first is something of a double-edged sword. On the one hand, it’s very good for any business for have a CEO who’s focussed on the bottom line and is willing to cut out unprofitable business segments if they can’t pull their weight. On the other hand, an excessive focus on profits can make companies more averse to taking risks on products that may not be immediately profitable but that may have big payoffs down the line.

Ballmer acknowledges this tradeoff in his Fortune interview and notes that he’s long been a big supporter of Microsoft’s popular-but-so-far-unprofitable Xbox project that’s helped put the company in millions of consumers’ living rooms. And given that Microsoft has doggedly stuck by notorious money-loser Bing over the past several years, no one can accuse it of being unwilling to make big, potentially unprofitable bets.

This aspect of Ballmer’s legacy is particularly interesting because many investors and even longtime Microsoft insiders have been urging the company to throw Xbox and Bing overboard so it can focus even more keenly on making money above all else. The big question facing Ballmer’s replacement is whether to expand or contract the amount of risk Microsoft takes on new products. But the impression we get from Ballmer in his Fortune exit interview is that he thinks he got the balance between predictable, stable products and risky ventures just right.