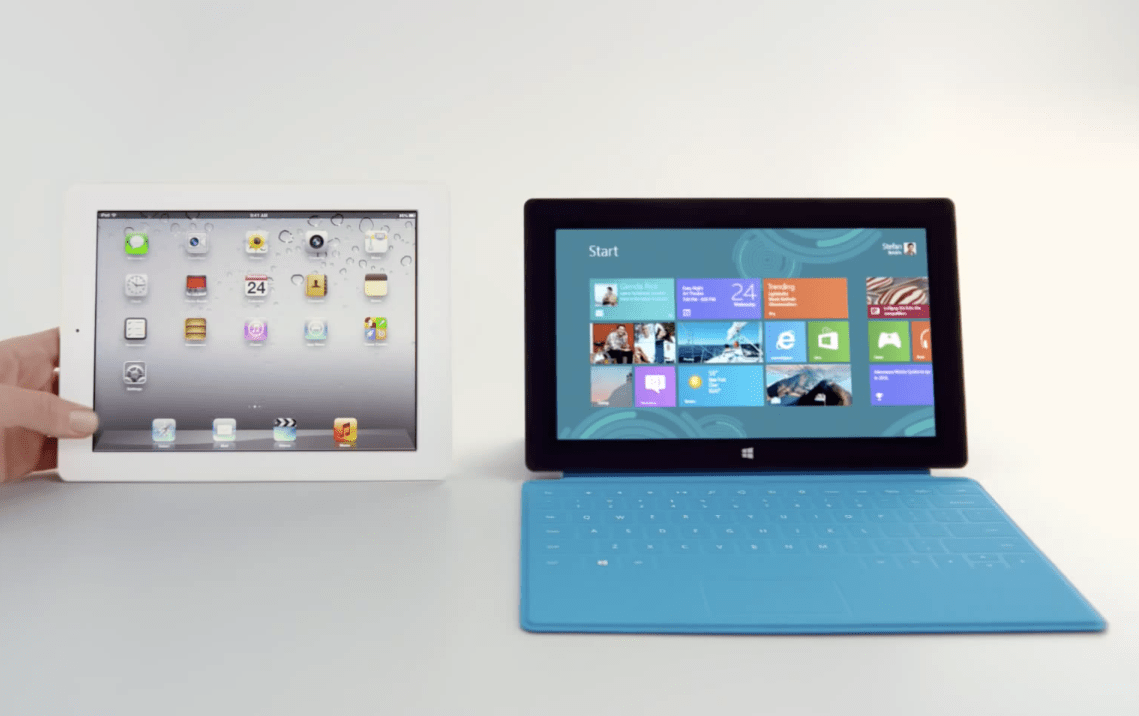 Apple’s events typically lean on hardware announcements, such as the debut of the iPad Air on Tuesday, but the tech giant took some time to talk about software updates as well, including the revamped — and now entirely free — iWork suite of applications. There must be something in the air today, because not only has T-Mobile taken AT&T to task over tablet data plans, but now Microsoft is joining in on the fun with a savage riposte of its own.

Corporate VP of Communications Frank Shaw has posted his response to Apple’s iWork announcement on Microsoft’s TechNet Blog, and it’s clear that the company has very strong feelings about what Apple’s software is capable of versus what Microsoft Office can do.

“Surface and Surface 2 both include Office, the world’s most popular, most powerful productivity software for free and are priced below both the iPad 2 and iPad Air respectively,” wrote Shaw. “Making Apple’s decision to build the price of their less popular and less powerful iWork into their tablets not a very big (or very good) deal.”

Shaw blames any excitement caused by the announcement on what he calls the “RDF (Reality Distortion Field)” that seems to resonate out of California every time Apple takes the stage. He takes this opportunity to not only unapologetically bash Apple’s productivity software, but also boast about the Surface, which he claims “is the most productive tablet you can buy today.”

Microsoft’s Office might be much better designed software than Apple’s iWork, and the new Surface slates might be significant improvements over their predecessors, but Microsoft has a lot of catching up to do before the Surface sees sales figures anywhere near the iPad.