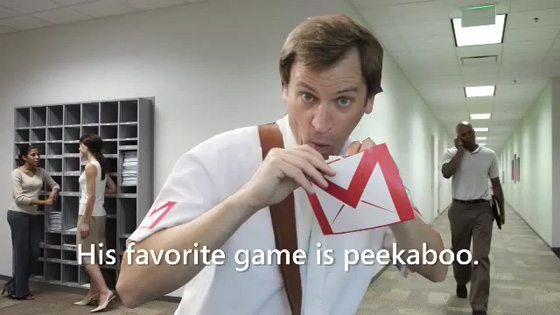 Microsoft (MSFT) is not giving up its quest to scare customers away from Google (GOOG) services. Despite the fact that its previous efforts haven’t exactly persuaded users, Microsoft is apparently ramping up a brand new ad campaign that will again attack Google for allegedly spying on users through Gmail, the Wall Street Journal reports.

Stefan Weitz, senior director of online services at Microsoft, tells the Journal that the company will spend a seven-figure dollar amount to produce and distribute ads that “criticize Gmail for the way it selects ads to be shown to users” and that promote Microsoft’s own Outlook.com as a less invasive alternative.

Of course, Microsoft has good reason to go after Google since its Google Apps business productivity suite has been creeping into the territory typically held by Microsoft Office, and now generates an estimated $1 billion in revenues in 2012.