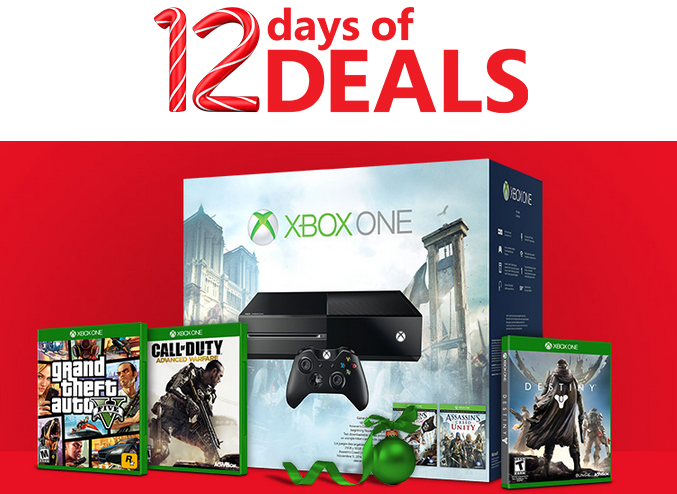 Microsoft is getting ready to offer you a special Xbox One console bundle part of its 12 Days of Deals promotion, after having sold an affordable Windows tablet and a cheap Windows Phone handset in the first two days of the promotion.

Even though on the product’s page it’s not mentioned, Microsoft also says on the 12 Days of Deals page in its online store that buyers will also get a free extra game, up to a $59 value, showing in promo images (just like the one above) titles such as Destiny, Call of Duty: Advanced Warfare and Grand Theft Auto V.

This special Xbox One bundle sale is valid on December 10th only, with online shopping starting at 8 a.m. EST — see source links for more details about Microsoft’s special 12 Days of Deals sales.

12 Days of Deals microsoft Xbox One