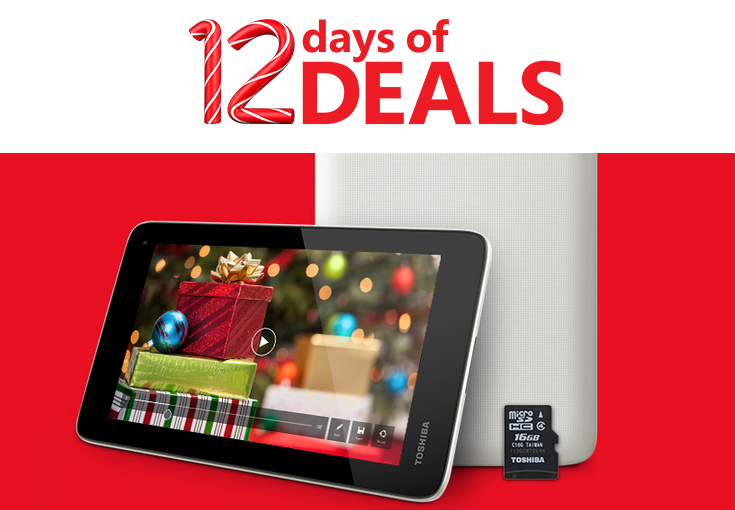 Microsoft on Monday kicked off its 12 Days of Deals online sale event, offering buyers the chance to score cheaper devices ahead of Christmas. On December 8th, starting with 8 a.m. EST, buyers will be able to purchase a significantly discounted Windows 8.1 tablet, the Toshiba Encore Mini.

Even though the Encore Mini is a small 7-inch device, and the version included in Microsoft’s 12 Days of Deals promotion only comes a 16GB SSD, the tablet only costs $79, which is $40 cheaper than its official $119 price tag. Furthermore, Microsoft is throwing in a free 16GB microSD card worth $19.99 with each Encore Mini purchase.

Finally, the tablet also comes with a free one-year subscription to Office 365 Personal (valued at $70), and 1TB of OneDrive storage.

In addition to unveiling Monday’s special deal, the company has listed on its online store Tuesday’s deal as well, which happens to be a Blu Win HD Windows Phone 8.1 handset priced at $129 after a $50 discount. The Blu Win HD smartphone will be available for purchase on December 9th, starting with 8 a.m. EST.

More details about Microsoft’s special Christmas sales will be disclosed in the following days — see source section below to purchase either the Encore Mini tablet or the Blu Win HD phone.