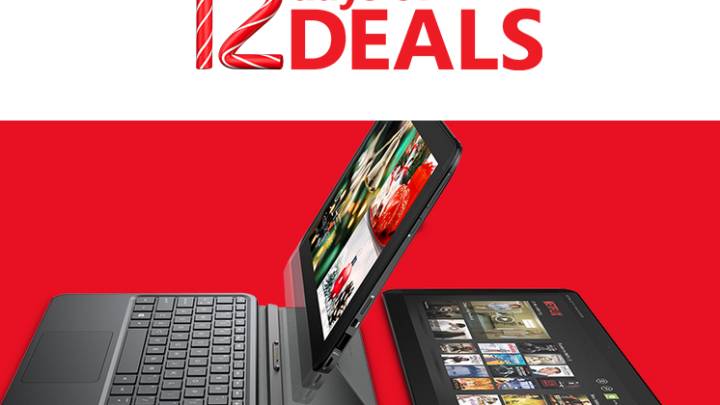 Microsoft’s 12 Days of Deals Christmas campaign is slowly coming to an end, but the company still has a couple of special offers for customers who are looking for new gadgets. The company on Thursday is selling a new Windows 8.1 two-in-one tablet/laptop combo at a deep discount, with the promotion set to start at 8:00 a.m.

Instead of $329, buyers will only have to pay $199 for the 10.1-inch HP Pavilion x2 Signature Edition tablet/laptop, getting a $130 in instant savings. Each purchase also comes with a one-year free Office 365 Personal subscription, worth $70 by itself.

The tablet comes with a built-in keyboard cover that doubles as a stand.

Just like previous Windows 8.1 tablets and laptops Microsoft has included in its 12 Days of Deals sale, the HP Pavilion x2 comes bloat-free because it is included in Microsoft’s special Signature Edition line.

More details about Thursday’s 12 Days of Deals sale found in Microsoft’s online and retail stores are available at the source link.