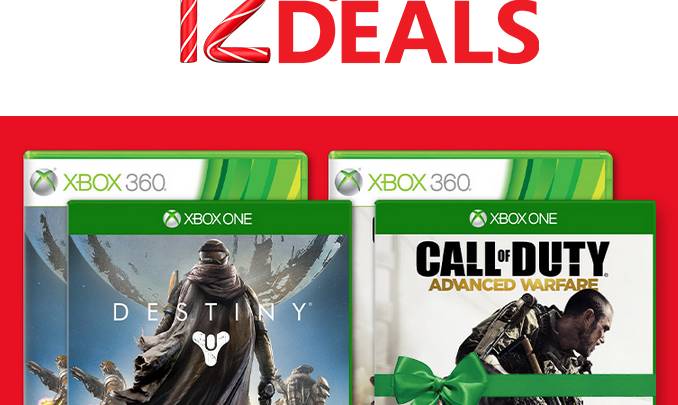 Microsoft on Saturday is offering you the chance of buying a couple of hot games released this year for significantly discounted prices as part of its 12 Days of Deals sales promotion.

For what it’s worth, Microsoft says on its 12 Days of Deals page that buyers can “save $30 on Destiny or Call of Duty: Advanced Warfare,” which seems to imply that interested buyers can’t get both titles for $29.99 each, but it looks like that’s not the case, as you can add any of the available titles to the shopping cart and pay the discounted price for each of them.

Also interesting is the fact that Microsoft lists Plants vs. Zombies: Garden Warfare for Xbox One on the same page, priced at $19.99, or $20 off the regular price, though this fun shooter is not specifically mentioned in the promotion.