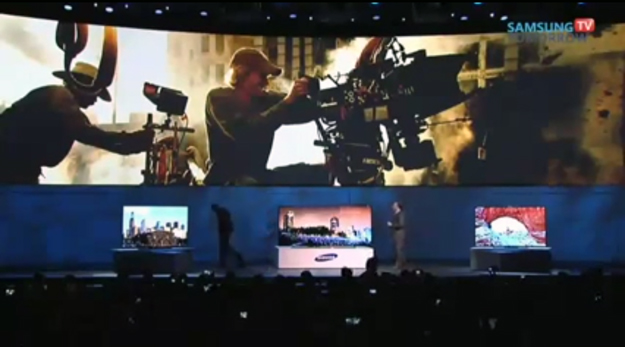 Compared to the average Samsung press conference, which might include singing, dancing, acrobatics, an orchestra and other spectacles, the electronics giant’s CES 2014 press event was pretty boring. In fact, if it wasn’t for director Michael Bay’s spectacular meltdown on stage during the event, there’s no way we would still be talking about it. For those who missed the show on Monday afternoon, Samsung invited Bay out on stage to discuss one of its new giant curved 4K TVs. The acclaimed director began having issues with the teleprompter almost immediately during his appearance, and after a few very awkward moments, he apologized and walked briskly offstage. Now, in a post on his blog, Bay discusses the meltdown for the first time.

“Wow! I just embarrassed myself at CES,” Bay explained in a post on his personal blog. “I was about to speak for Samsung for this awesome Curved 105-inch UHD TV. I rarely lend my name to any products, but this one is just stellar. I got so excited to talk, that I skipped over the Exec VP’s intro line and then the teleprompter got lost. Then the prompter went up and down – then I walked off. I guess live shows aren’t my thing.”

Bay added that he’ll look to redeem himself as he travels the world promoting Samsung’s curved screen experience and his upcoming movie, Transformers 4.

For those who missed Bay’s awkward and brief appearance, a video is embedded below.