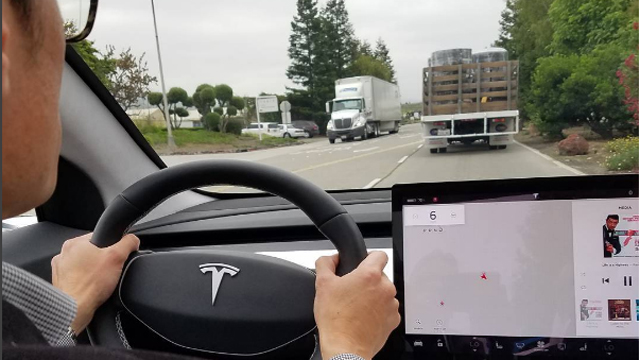 A new report from Reuters relays that Tesla’s competition in the EV space is poised to intensify greatly in the years ahead. In addition to competition from the likes of Porsche and Audi, Reuters adds that Daimler is now planning to release at least six distinct electric vehicle models under the Mercedes-Benz brand over the next few years. Interestingly enough, one of these models is said to be a hybrid SUV powered by fuel cells.

“The maker of Mercedes-Benz cars remains on track to unveil a new electric car at the Paris motor show next month,” the report reads. “In July, the German carmaker said it had accelerated development of premium electric cars, a segment currently dominated by United States-based rival Tesla.”

As to the Mercedes EV that will debut later this year, previous leaks have indicated that it may be a bonafide threat to the Tesla Model S. Specifically, reports have said that the car will feature an impressive range of 300 miles on a single charge and may be priced within the same ballpark as a Model S.

“Look, [Daimler CEO] Zetsche’s often said that what Tesla has done has made EVs sexy, and everyone knows what they are now,” Mercedes-Benz Australia’s Senior Manager of Corporate Communications David McCarthy said during an interview earlier this year. “We’re in business to make money, and is our EV a Tesla killer? I don’t know, I haven’t seen it yet. But we wouldn’t be doing it unless we thought we could sell it.”

“It’ll be in a price bracket similar to Tesla Model S,” McCarthy added, “and have a similar cruising range, but it’ll be a Mercedes, so I think Tesla probably have good reason to be concerned about it.”

With competition in the EV space heating up, it will be especially interesting to see how Tesla manages to keep up with luxury automakers who have vastly more experience in the industry, not to mention more cash flow. Tesla has undoubtedly done an incredible job of bringing the idea of electric cars to the mainstream, but that success has since piqued the interest of traditional auto manufacturers who may have initially underestimated Tesla’s potential to succeed.