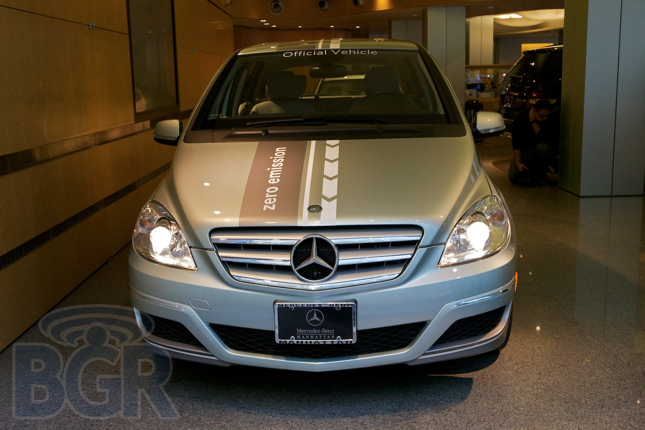 Despite a bevy of rumors suggesting that Apple has plans to enter the car business, established automakers aren’t exactly breaking a sweat. Indeed, given the vast complexities involved in developing a full fledged car and seeing it all the way through the manufacturing and production process, one has to imagine that some of the more established brands in the car industry find the onslaught of Apple car rumors downright hilarious.

Case in point, 9to5Mac directs us to an interview Mercedes-Benz chief Dieter Zetsche recently conducted with Motoring.com. Suffice it to say, Zetsche isn’t losing any sleep over the rumored Apple Car.

If there were a rumour that Mercedes or Daimler planned to start building smartphones then they (Apple) would not be sleepless at night. And the same applies to me.

Zetsche also brings up an astute point about the car industry that many in the tech world have curiously overlooked. The profit margins Apple enjoys are non-existent in the auto industry. And when one further considers the immense cost involved in actually manufacturing a car en masse, Zetsche’s skepticism isn’t misplaced.

But cars cost a lot to develop. Apple runs at about a 25 per cent return on investment (ROI), while an exceptional ROI for a car company would be 10 per cent.

Considering that income imbalance, Zetsche was clearly bemused by the concept of Apple becoming a car manufacturer.

“I don’t find any rationale (for Apple to build a car),” he said. “Why (Apple) with this kind of margin would now go into this business? I think investors will hate it because they don’t like conglomerates, they want focused management on what they understand.

Zetsche, of course, isn’t the only auto industry veteran who feels Apple doesn’t know what it’s getting itself into. Just last week, former GM CEO Dan Akerson said that Apple is vastly underestimating the challenges involved in developing a car.

“If I were an Apple shareholder, I wouldn’t be very happy,” Akerson explained. “I would be highly suspect of the long-term prospect of getting into a low-margin, heavy-manufacturing.”

At the same time, no one has exactly made any money betting against Apple in recent years. For instance, you might recall the negativity and pessimism surrounding Apple’s foray into the smartphone industry a few years ago. Specifically, Microsoft CEO Steve Ballmer literally laughed at the notion that the original iPhone might take off ; a strange reaction given that Ballmer, at that point, had already seen what features the iPhone brought to the table.

Still, with just 200 people reportedly working on the Apple Car at the moment, laughing at Apple’s car plans makes a lot more sense.