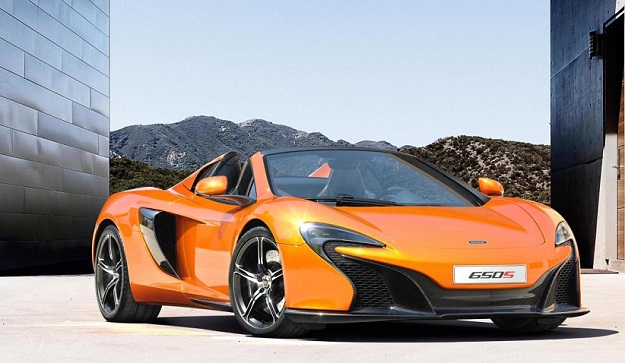 When it comes to raw acceleration relative to price, you’d be hard pressed to come up with a car as impressive as the Tesla Model S P85D. With a push of a button, Tesla’s upper-tier model can go from 0-60 mph in just 3.2 seconds flat. Fittingly, Tesla calls this mode Insane Mode.

But as any physics student could tell you, acceleration and speed aren’t the same thing. So while the performance edition of the Model S is an absolute beast getting off the line, that doesn’t necessarily translate into being the most impressive car on the track, speed wise.

A few days ago, DragTimes decided to pit Tesla’s top of the line Model S against the McLaren 650S Spider. Because the McLaren is a beast, this wasn’t much of a close race, especially given that the Model S’ top speed maxes out at 155 mph.

Now to be fair, a McLaren 650S Spider is a lot pricier than a Tesla, with the former weighing in at least a quarter of a million dollars. A top of the line Tesla, meanwhile, might only set you back $130,000.

Giving the 650S all of its power during the sprint is an award-winning twin-turbo V8 engine that produces 641 hp and 500 lb-ft of torque. Both of these figures are trumped by the P85D’s output of 691 hp and a reported 864 lb-ft of torque. But, even with an upperhand on power, the 650S accelerates from 0-60 mph faster – 2.8 seconds, compared to 3.1 seconds. Of course, this could change once we start seeing Ludicrous mode utilized.