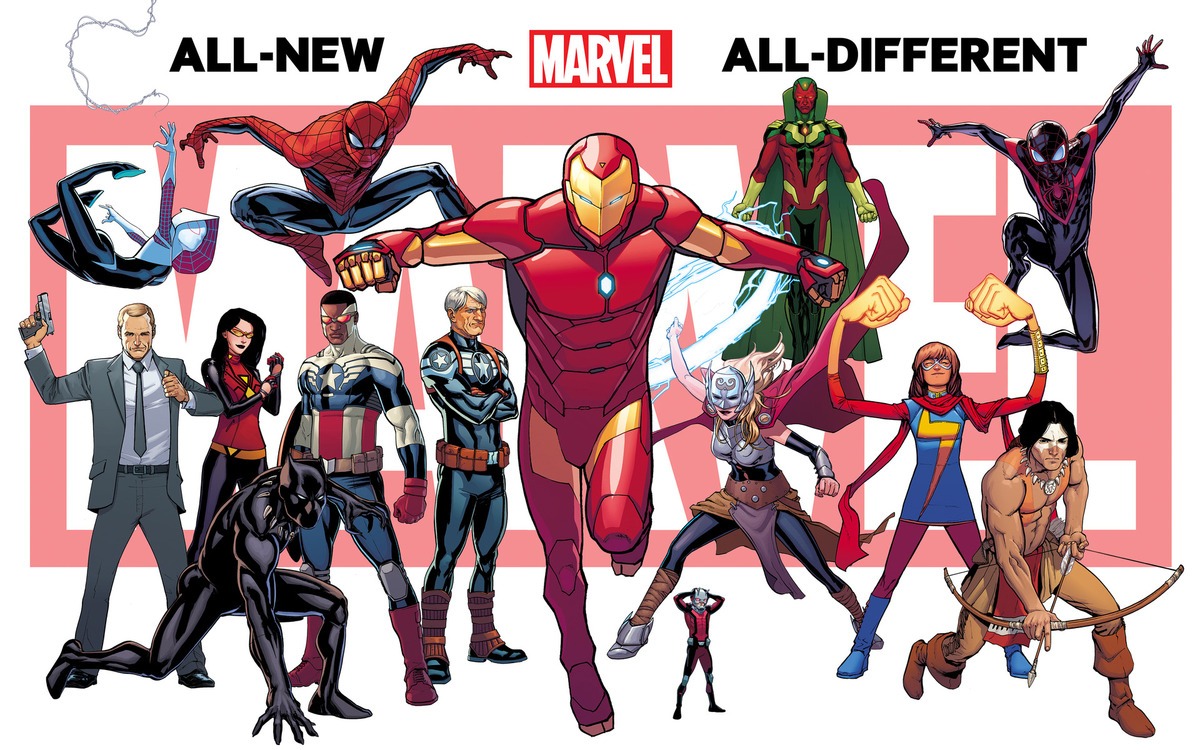 The world of superheroes and supervillains has become an inseparable part of pop culture over the past decade or so, thanks in large part to Marvel. We’ve seen the Marvel Universe change rather drastically since Iron Man hit theaters in 2008, but nothing compares to the Armageddon that just took place in the universe of the comics.

READ MORE: Google may be planning a movie streaming service to take on Netflix

For those who haven’t been keeping up, Marvel’s big summer event, Secret Wars, involves the complete and total annihilation of the Marvel Universe. Countless characters from the main universe and the Ultimate universe are unaccounted for, while the ones who did survive have awoken to an unfamiliar landscape, with Dr. Doom serving as an impromptu god.

It sounds crazy (and it is – read any of the new books for proof), but at the end of this major transition, an ‘All-New, All-Different Marvel’ will emerge. Speaking with USA Today, Marvel editor-in-chief Axel Alonso revealed that the new #1 issues debuting this fall will take place eight months after the conclusion of the Secret Wars event.

“We’ve put the onus on the creators to come up with big changes in the lives of our characters, whether it’s Spider-Man or Ms. Marvel or Daredevil or the Hulk,” says Alonso. “You’re going to be looking at, in certain cases, new characters inhabiting those roles, and new characters dealing with profound changes in the relationships with others around them and where they live.”

Some of those new characters include Sam Wilson as Captain America, a female Thor and a new Hulk “that’s certain to be a topic of conversation,” according to Alonso.

“The real beauty of that is if you’re one of these fans who’ve been around for many years, it’s a great, exciting mystery,” says David Gabriel, Marvel’s senior vice president for sales and marketing. “And if you’re these new fans who maybe only jumped in this year when you saw the Avengers movie, you’ll be able to pick up any of these comics and you will not need to know 50 years of backstory of anybody.”

A great jumping on point for new readers and a fascinating shake-up for longtime fans. If you’ve ever wanted to give comics a try, be ready for the Marvel relaunch this fall.