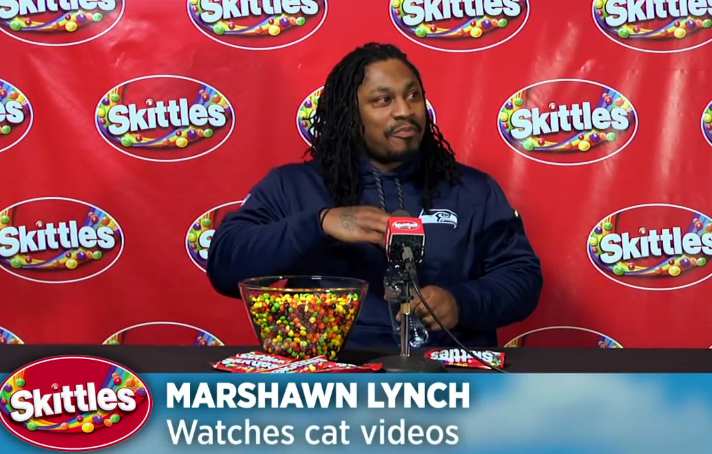 Seattle Seahawks running back Marshawn Lynch is a man of few words. In fact, during multiple interviews this year, Lynch has only said one sentence in response to every single question asked of him — “I’m thankful” and “I’m just here so I won’t get fined” are two more recent classics. However, Skittles has figured out the secret to get Lynch to open up when asked questions — just give him a bowl of Skittles.

In a new Super Bowl ad released this week, Skittles sets up Lynch with a fake press conference and gives him a huge bowl of Skittles to munch on. Lynch then happily answers several different questions with actual responses, including whether he was born on Earth, whether he prefers watching cat or dog videos on YouTube, and whether he would give reporters some of his Skittles if they asked him good questions.