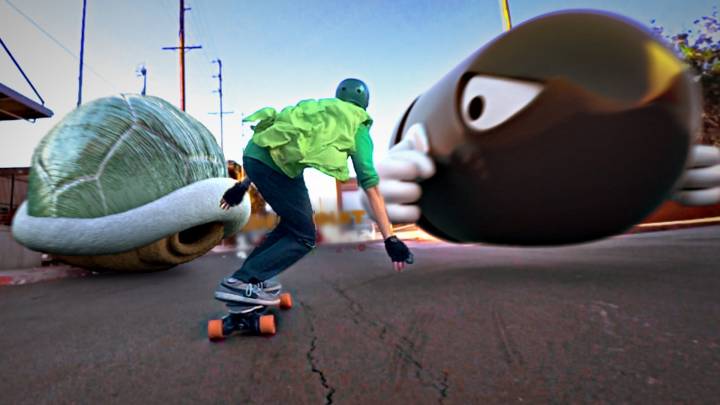 Mario has been known to dabble in multiple pastimes, including soccer, golf and tennis (which he’ll be returning to in Mario Tennis: Ultra Smash on Wii U this holiday season), but one thing we haven’t seen Mario and his Mushroom Kingdom companions do is skate. At least, we hadn’t until this week.

SEE ALSO: This free Android app does something awesome that no iPhone can

On Monday, YouTube user Corridor Digital uploaded a short video using real actors and CGI effects to simulate a race in the (sadly) non-existent game of Mario Skate. All the mainstays of the Mario universe are present, from the coins to the Thwomps to the ongoing rivalry between Mario and Luigi.

Now Nintendo just needs to start working on this Mario Kart spinoff as a launch game for the NX. You can see the entire short below:

Pretty awesome, right? You can see how they did it in this behind-the-scenes video:

And once you’re done watching those, you might as well scroll through their entire channel, because it’s packed with videos just as fun and creative as ‘Mario Skate.’ I highly recommend both ‘Real GTA’ and ‘Powered UP!’ Two of my personal favorites.