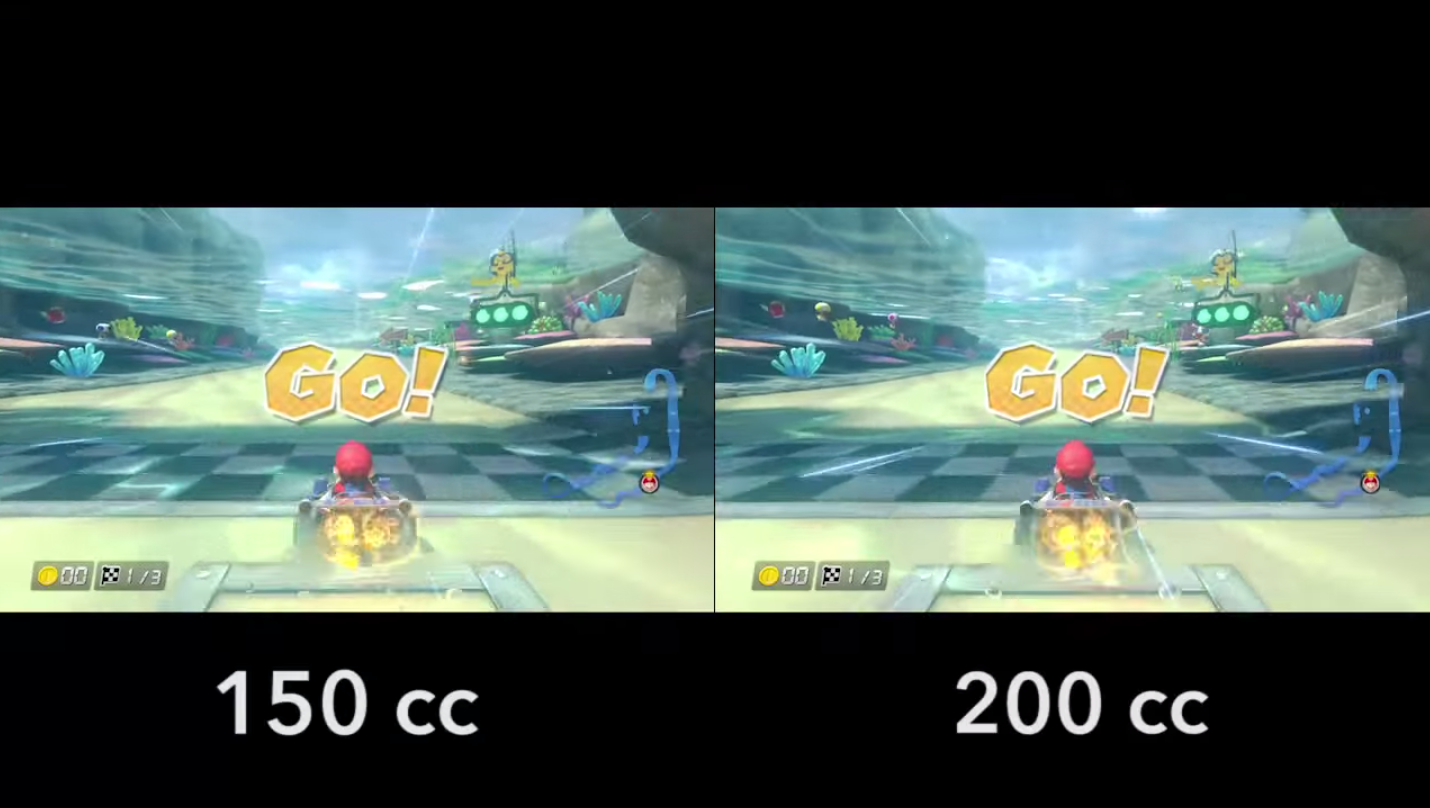 It’s been almost a year since the release of Mario Kart 8 on the Wii U, but Nintendo is still giving players new reasons to jump back in with surprisingly frequent paid DLC releases and free updates. In a recent Nintendo Direct, the company announced that a new 200cc mode would be coming to the console racer, but you need to see it to understand just how fast it can be.

DON’T MISS: Xbox One is about to become every cord cutter’s dream console

For those unfamiliar with the Mario Kart franchise, there have traditionally been three engine classes to choose from: 50cc, 100cc and 150cc. The higher the class, the faster (and therefore more difficult) the race becomes. The jump from 150cc to 200cc might not sound like much on paper, but a comparison video from Nintendo should help illustrate the perilous speed of 200cc.

Still not convinced? Here’s another comparison between the two engine classes:

And finally, a full race on Grumble Volcano complete in less than a minute and thirty seconds at 200cc:

The free update will be available to download on April 23rd.