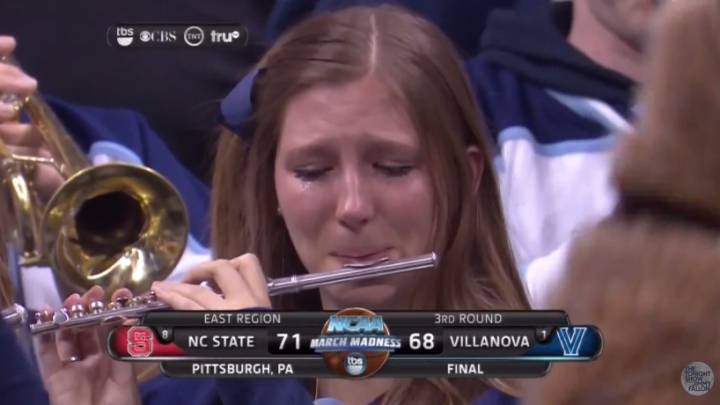 Basketball fans following this year’s March Madness probably saw the Villanova piccolo girl crying her heart out on TV this weekend without even missing a beat during her performance after the Wildcats lost to NC State. Since then, many others have seen or heard about the Villanova girl, whose name actually is Roxanne Chalifoux, as her performance turned into a viral Internet meme. This prompted Jimmy Fallon to invite her at The Tonight Show where she played with The Roots and explained her side of the story.

DON’T MISS: You can now preorder the amazing water bottle that wants to change the world

Chalifoux revealed that she didn’t expect to receive this much attention after the game. As she cried for her team, she noticed that she was being shown on the Jumbotron and all she could think of was that her dad was at the game; she really didn’t want him see her cry.

Of course, her dad wasn’t the only person to see her cry that night, since her performance has now turned into a viral hit.

Chalifoux’s appearance on The Tonight Show, complete with some of the memes she inspired, can be seen in the following video: