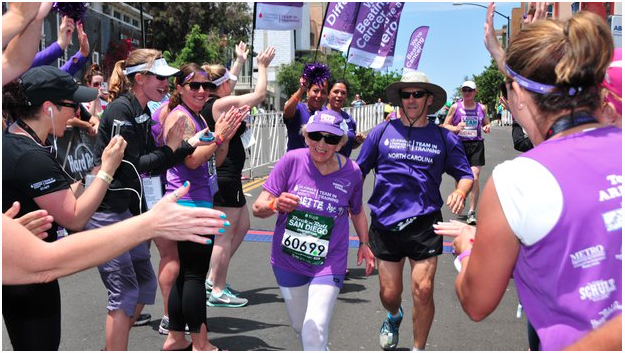 Not many people can pride themselves of being able to run or at least walk a marathon when they’re in the prime of their lives, let alone at 90-years of age. But Harriette Thompson isn’t such a case. The amazing 92-year old has become the oldest woman to run a full marathon. What’s even more impressive is that she started running when she was 76, and has completed 16 Rock ‘n’ Roll San Diego marathons since first attending one.

At 92 years and 93 days old, Thompson is the oldest woman to have completed a marathon, New York Magazine reports. Her time was 7 hours, 24 minutes, 36 seconds. Last year, she ran the same course in 7 hours, 7 minutes, representing the fastest marathon ever by a woman 90 or older, according to The San Diego Union-Tribune. Her best time is 6 hours, 7 minutes.

In her previous 15 marathons, Thompson raised more than $90,000 for the Leukemia & Lymphoma Society, a program that’s dear to her. The woman fought cancer twice in her life, in her jaw and skin cancer, with the disease killing multiple family members. Her husband passed away in early 2015 after a bout with cancer himself. They were married for 67 years.

Thompson has received plenty of attention from the press for her achievements, but she doesn’t think it’s necessarily warranted. “I don’t consider myself special,” she said. All you have to do is get to 90 and you get all sorts of attention.”

She might be right, but then again, I’m not sure I can walk a marathon right now, let alone run one.