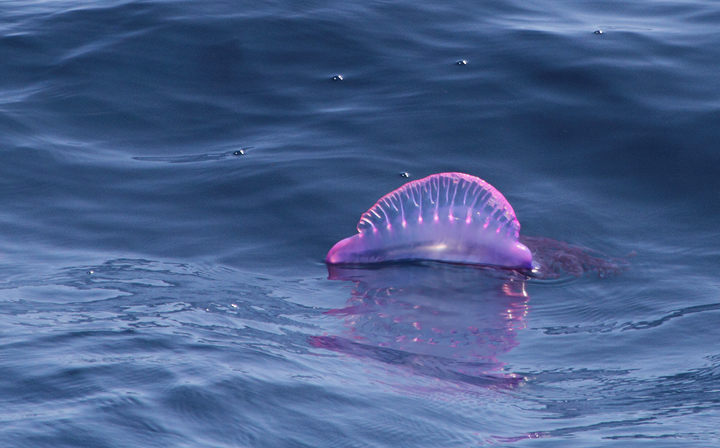 Just when you thought it was safe to go back in the water.

A potentially deadly Portuguese man-of-war washed up on a Wildwood, N.J., beach on Sunday, the third such sea creature found on an East Coast beach during the last two weeks.

The jellyfish-like ocean dweller was also spotted on Long Beach Island, N.J., on June 21 by Harvey Cedars Beach Patrol. A June 28 sighting in Ocean City was reported by the Press of Atlantic City.

Typically found in warmer southern waters, it’s not uncommon for a man-of-war to migrate north, as the creatures rely on ocean currents for movement.

The Wildwood Beach Patrol removed the man-of-war from the 26th Street beach on Sunday, according to a picture posted on the Patrol’s Instagram account. No injuries were reported, but the Patrol warned beach goers “if you see something like this in the water or on the beach, do not touch.”

The creatures are potentially harmful due to venom-covered tentacles normally used to paralyze and kill fish. But scores of humans are also stung each year and, though rare, deaths have resulted in some instances.

Even when dead, the man-of-war’s 10-to-30 foot tentacles can remain perilous.

The reports come on the heels of seven recent shark attacks along the North Carolina coast, adding to the risks facing swimmers this summer.