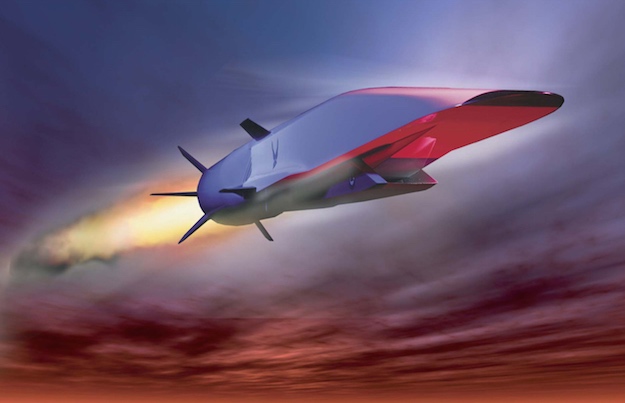 If you take a look at a list of the fastest airplanes to ever grace the skies, many of them, for whatever reason, were primarily active in the 1960s. That may change soon enough.

Military.com is reporting that the U.S. Air Force is looking to partner up and develop a hypersonic jet capable of traveling at five times the speed of sound, otherwise known as Mach 5. By way of contrast, the famed Concorde aircraft traveled at Mach 2.04.

According to the report, Air Force Chief Scientist Mika Endsley is hoping that a joint project between the Air Force and the Department of Defense will result in this blazing fast aircraft taking flight sometime before 2023.

The planned hypersonic jet is said to build upon the success of a previous hypersonic test flight conducted with an X-51 Waverider.

“X-51 was really a proof of concept test. It showed that you could get a scram jet engine, launch it off an aircraft and it could go hypersonic. It was able to go more than Mach 5 until it ran out of fuel. It was a very successful test of an airborne hypersonic weapons system,” Endsley said.

The 2013 test flight, which wound up being the longest air-breathing hypersonic flight ever, wrapped up a $300 million technology demonstration program beginning in 2004, Air Force officials said.

To be clear, the X-51 Waverider was launched off of a plane already in flight. It wasn’t a traditional plane that took off via a runway. Additionally, the hypersonic test flight only lasted a few minutes before the X-51 ran out of fuel.

So naturally, getting from the drawing board to the air with an enhanced design is much easier said than done. For starters, Endsley points out that there are both material and technical challenges in getting such a project off the ground. For one, finding materials capable of withstanding such extreme temperatures (the faster you go, the more things heat up) for a prolonged period of time is a tall order. Additionally, engineering guidance systems “that will function when you are going at those types of speeds” pose another challenge.

Assuming that the initiative proves successful sometime within the next decade,  a plane traveling at Mach 5 would be able to fly from New York to Los Angeles in just 30 minutes. Even more tantalizing is that such a plane would be able to fly anywhere in the world within 4 hours time.

But before you get too excited, the report adds that the requisite acceleration needed to get to such a speed effectively rules out that such a plane would ever become a mainstream way to travel.