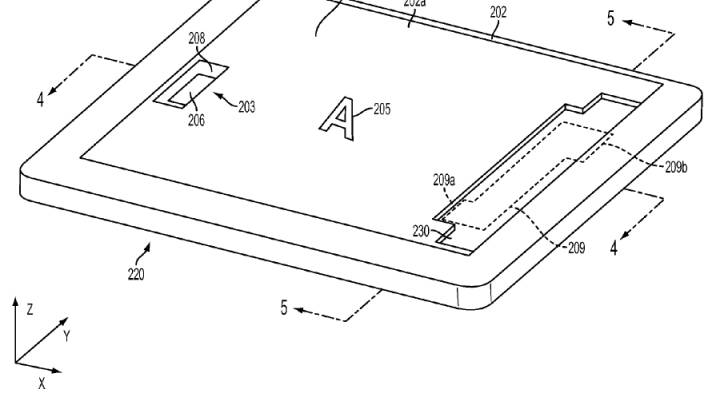 A newly published patent application reveals that Apple is researching ways to improve user input on its MacBook laptops, by including a keyboard capable of offering more advanced keys ready to perform more than one task, AppleInsider reports. Individual keys on the keyboard would perform their normal tasks,  but it would also include a touch-friendly display that might support additional gestures.

Filed on October 30, 2012, and published by the U.S. Patent and Trademark Office (USPTO) on Thursday, the application describes “Multi-functional keyboard assemblies,” that could be found in future MacBook models. Interestingly, the patent includes an image showing a specific model, the compact MacBook Air laptop.

The patent application describes “keystacks,” or regular keys that can contain electronic components including displays, sensors and switches. The keys would still have a switch-type mechanism that makes typing possible, but also a capacitive surface that would support various other gesture-based inputs, and which could show various images.

Such a keyboard would further allow users to perform additional gestures in certain apps by using the a key’s trackpad-like features in supported apps. “As just one example, swiping from right to left across a series of keys (e.g., the L-K-J keys) may initiate a `turn 30 page forward` command to an eBook (e.g., iBooks made available by Apple Inc. of Cupertino, Calif.) application running on the electronic device,” the patent reads.

The keys could also contain mechanisms that would offer some sort of haptic feedback to the user including vibration or increased resistance.

Keyboards containing keys with independent displays have already been produced by Art Lebedev.