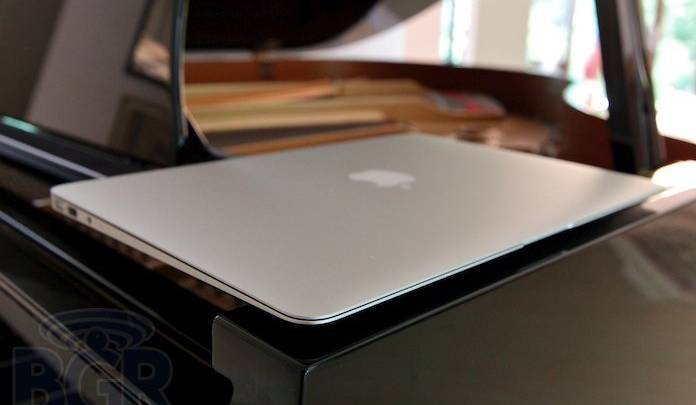 Apple will reportedly launch new MacBook Air soon that will be even thinner and lighter than their predecessors, German publication MobileGeeks has apparently learned from sources within Apple’s supply chain. The publication says Apple has hired watchmakers for the development of thinner MacBook Airs, needing their experience with highly complex and extremely small components.

The 2014 11.6-inch MacBook Air will reportedly be more similar to a classic 10.1-inch netbook. MobileGeeks says that the frame around the screen will be narrower, while the profile of the MacBook air will further lose a few millimeters – the current 11.6-inch machine is 0.3mm thick at its slimmest edge and measures 1.7cm at the display hinged edge.

The publication further speculates that one of the technologies that would help Apple release even more compact models would be the use of flexible batteries – one such battery is described in the video below, starting at the 0:45 mark.

While these new models may or may not be in the works, a separate report from reliable Apple reporter Mark Gurman of 9to5Mac says new MacBook Air models that are far less significant updates could be released as soon as Tuesday.

UPDATE: 9to5Mac has published specs for the new MacBook Air models expected to debut tomorrow. A screenshot follows below and the rest of the details can be found in their post.