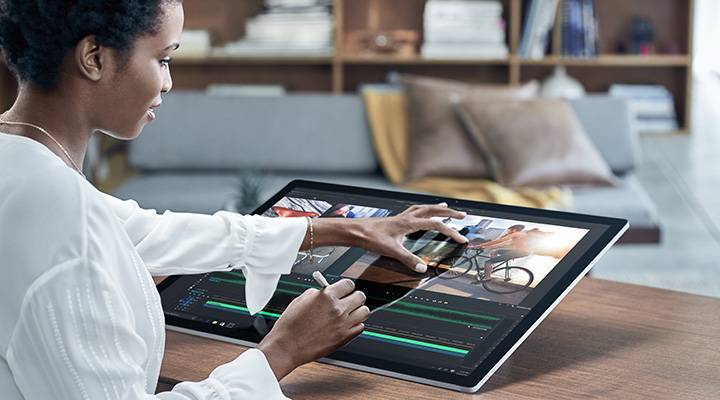 Apple has traditionally dominated the market for premium priced PCs, but it appears that pricier Windows are finally starting to make inroads into a market Apple is used to ruling alone.

During Microsoft’s earnings conference call yesterday, CFO Amy Hood relayed that the company saw the cumulative sale of Windows licenses increase by 5% in the consumer market. All the more intriguing, though, is that Hood partially attributed this growth to a growing number of premium-priced PCs, a category that Microsoft defines as PCs that cost $900 or more.

Speaking to Microsoft’s newfound commitment towards releasing premium hardware at a premium price, the company this past fall unveiled a pricey new professional workstation, geared towards creatives, called the Surface Studio. It’s sticker price? $2,999. And if you want to fully trick it out, you can easily spend as much as $4,199 on it.

Interestingly enough, Microsoft just last month published a blog post claiming that more people were switching from the Mac to the Microsoft Surface than ever before, a dynamic it partially attributed to the lukewarm reception to Apple’s revamped MacBook Pro.

More people are switching from Macs to Surface than ever before. Our trade-in program for MacBooks was our best ever, and the combination of excitement for the innovation of Surface coupled with the disappointment of the new MacBook Pro – especially among professionals – is leading more and more people to make the switch to Surface, like this. It seems like a new review recommending Surface over MacBook comes out daily. This makes our team so proud, because it means we’re doing good work.

Of course, we’ll have a better grasp of the hardware landscape once Apple releases its earnings report this coming Tuesday. Incidentally, Apple’s MacBook Pro may have been widely criticized by seasoned Mac users, but it’s worth noting that Phil Schiller this past November said that Apple enjoyed more online “orders for the new MacBook Pro than any other pro notebook before.”