Testing the ‘Apple tax’: What would it cost to build a Windows version of the new Mac Pro? 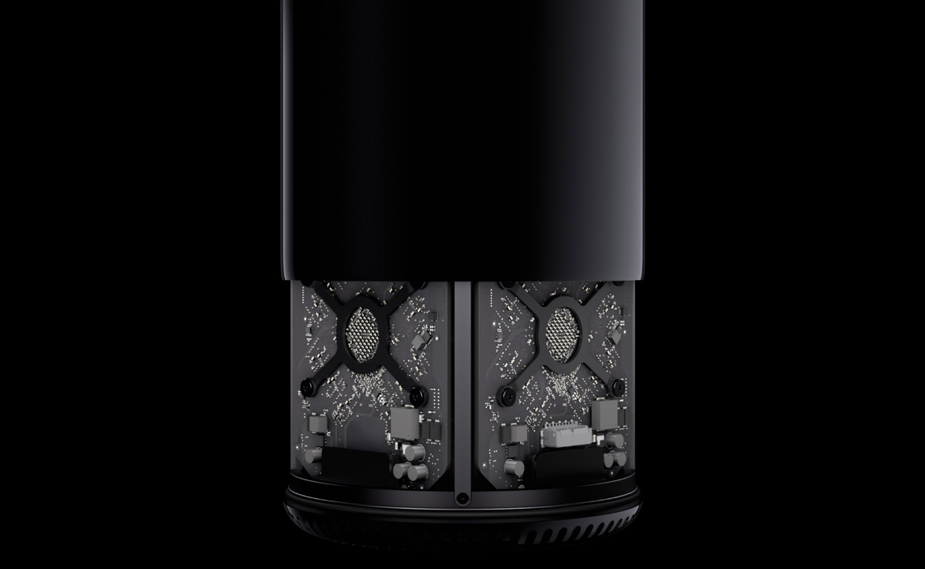 The new Mac Pro is the most powerful and flexible computer Apple has ever created, and it’s also extremely expensive — or is it? With a price tag that can climb up around $10,000, Apple’s latest enterprise workhorse clearly isn’t cheap. For businesses with a need for all that muscle, however, is that steep price justifiable or is there a premium “Apple tax” that companies will have to pay? Shortly after the new Mac Pro was finally made available for purchase last week, one PC enthusiast set out to answer that question and in order to do so, he asked another one: How much would it cost to build a comparable Windows 8 machine?

Futurelooks editor Stephen Fung started out by configuring a nearly top-of-the-line Mac Pro on Apple’s website. He ended up with a machine that included 64 GB of RAM, a 1TB SSD, two AMD D700 graphics cards and a 2.7GHz 12-core Intel Xeon processor.

“While there is nothing really remarkable about this list of parts, it’s the way that they are integrated that provides both pros and cons,” Fung said of the Mac Pro. “On the pro side, you have all this workstation grade hardware in a cylinder that is less than 10 inches tall and under 7 inches wide, with the power supply inside. This makes it very easy to take it on site or pack with you. So if you are in need of more power, it doesn’t come with the traditional drawbacks of a large tower like the original Mac Pros.”

He continued, “But on the list of cons is the fact that you pretty much have to purchase the system configured the way you plan to use it for its lifetime. This is because of the proprietary nature of the primary components which even include the GPUs and possibly the CPU (which looks like it is soldered in or ‘decapped’ like the previous gen). The only things that might see upgrades in the future would possibly be the memory.”

So Fung, a do-it-yourself PC specialist, set out to test the Apple tax and see just how much cheaper it would be to build a comparable machine that runs Windows. His findings might surprise you.

“After tabulating all the major component costs (plus another $99.99 US for Windows 8 Pro), we are at a total of around $11,530.54 US using today’s prices at retailers that actually stock the hardware,” he wrote. “I’m not afraid to admit that compared to the asking price of $9,599 US, the new Mac Pro seems like one heckuva deal for these components.”

The cost of Fung’s Mac Pro rival rang up at a steep 20% over Apple’s Mac Pro, and that doesn’t assign any value to the time it would take to build the machine once you have all the parts.

But what about the entry-level version of the Mac Pro? Surely a less powerful version of the rig could be matched by Windows at a more reasonable price point, right? In a follow-up to his first piece, Fung set out to see what it would cost to build the Windows equivalent of Apple’s base Mac Pro.

Again, the results were surprising.

Fung’s match to Apple’s $2,999 Mac Pro ended up costing $3,994.65 in parts, a whopping 33% more expensive than the Mac Pro. And once again, that price does not include labor. The comparison isn’t quite as direct as it was the first time around though, as Fung noted that his DIY Windows machine has slightly better specs than the Apple box, and there were some other benefits over the Mac Pro as well.

Both posts in Futurelooks’ series were interesting reads, and they’re linked below in our source section.