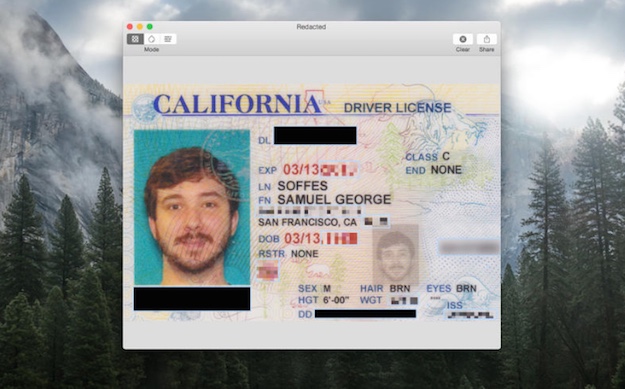 There’s a good reason why the term App Store economy is often used to describe the iTunes App Store. In 2014 alone, Apple doled out $10 billion to iOS developers. Since the App Store went live in 2008, developers have netted more than $25 billion in earnings. In turn, many developers have been able to turn mobile app development into full fledged careers.

The Mac App Store, in stark contrast, is not nearly as lucrative. A recent blogpost by developer Sam Soffes, who released a Mac app that broke into the top 10 list of paid Mac apps in the U.S., highlights how the amount of money developers can earn in the Mac App Store is shockingly lower than anyone probably realized.

Soffes’ Mac app, titled Redacted for Mac, is a nifty piece of software that enables users to easily redact sensitive information from photos. Upon being released earlier this week, the app quickly became the 8th most downloaded app on the U.S. Mac App Store and the #1 paid app in the Graphics section.

Sounds great, right? After all, even breaking into the top 25 on the iTunes App Store means that you’re making a whole lot of money.

But as Soffes points out, the Mac App Store is not teeming with money. What’s more, it doesn’t even take a whole lot of unit sales to break into the top 10. As it turns out, Redacted for Mac cracked the top 10 with just 94 units sold. And with that, Soffes grossed $452 in sales and took home $302 in profits.

This morning I got up and looked at how much I had made. I tweeted asking people to guess how much I made yesterday (after Apple’s cut). Here are the results.

There were 37 guesses. I threw out the lowest and highest guesses which were both hilarious. The average guess was $12,460.67.

While it makes sense that the Mac App Store would be less lucrative than its iOS cousin (there are many more iOS devices in use than Macs), the difference is still quite shocking.