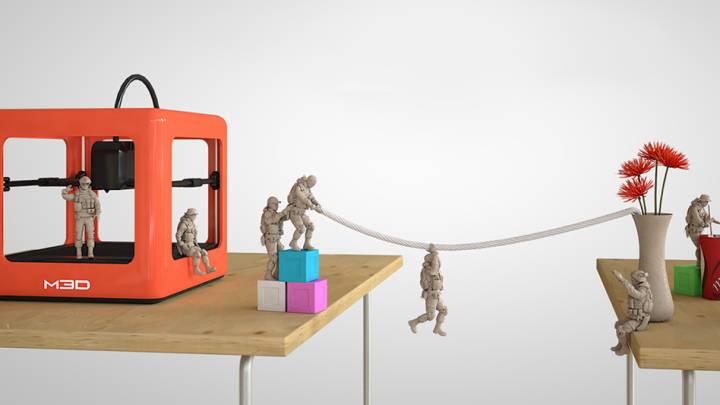 3D printing is one of precious few exciting new technologies that have the potential to dramatically change our lives. The tech has already revolutionized manufacturing, allowing businesses to build models and prototypes in mere hours instead of days or even weeks, for small companies. Now, 3D printing is on the verge of making its way into consumers’ lives as well, and M3D’s “Micro” printer is positioned to be at the front of this huge push.

With nine days left in its Kickstarter crowdfunding campaign, the company has now raised more than $3 million.

We last covered the Micro 3D printer three weeks ago, when the device managed to rack up $1 million in funding during its first day on Kickstarter. What makes the Micro so appealing? Early backers can own this remarkably capable 3D printer starting at just $199.

M3D’s printer is compact and light, measuring 7.3 inches tall and weighing just 2.2 pounds, but it includes a full feature set. The company lists the following 15 innovations on its Kickstarter page:

$199 printer packages are all sold out but there is one $299 funding option left that will be delivered early next year. M3D’s first run of Micro printers are scheduled to ship this coming November to early backers.