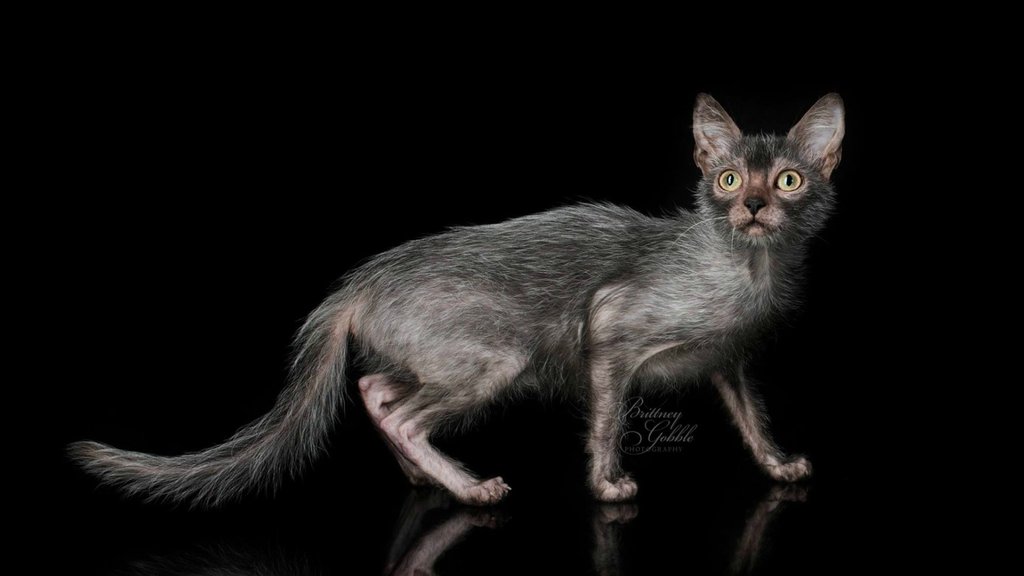 The Internet loves cats and the Internet loves Halloween. Given this, it’s not surprising that one of the top trending stories on Facebook this morning is about a new breed of cats that bear a striking resemblance to werewolves.

Called Lykoi, these adorable lycanthropic felines are the creation of Johnny and Brittney Gobble, a married couple who have been breeding them since 2010. A report on the couple and their cats from local news station KBOI 2 informs us that the creatures “get their unique appearance from a natural mutation in a domestic shorthair that gives the felines werewolf features and prevents them from growing a full coat of fur.”

Given that they look so much like werewolves, it’s only appropriate that they apparently behave like dogs as well.

“I like to compare the Lykoi to hunting dogs; they are extremely loyal to their owners, very scent motivated, and very intelligent,” Jonny Gobble, who is a veterinarian, tells KBOI 2. So while these cats may seem strange, they do apparently make great pets.

If you’re interested in seeing more photos of these “werewolf cats,” you can check out Brittney Gobble’s entire photo gallery of them at this page.