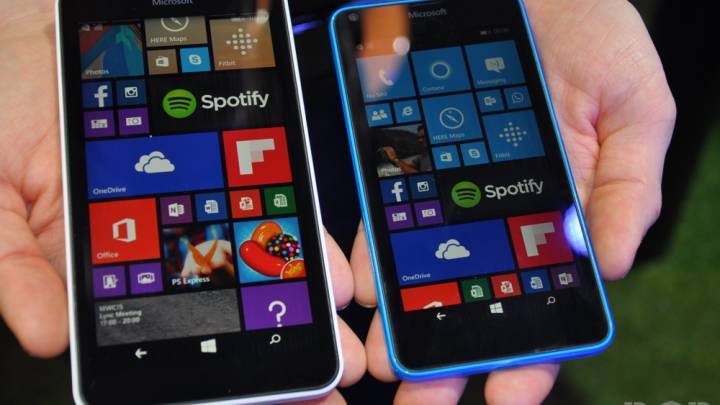 Microsoft on Monday unveiled two more mid-range Lumia devices, which will be available for incredibly low prices. Even though they’re not the Windows Phone flagships we’re still waiting for, doesn’t make them any less interesting. In fact, they might be better smartphone choices than similarly priced Android handsets.

The Lumia 640 and Lumia 640 XL aren’t as exciting as the Galaxy S6 edge or the iPhone 6, but they come packed with secret ingredients that might make them more valuable than your average affordable Android handset.

Microsoft is smartly bundling these devices with some of its products many smartphone users might need on a regular basis, including, Office, OneDrive and Skype. Each Lumia 640 and 640 XL purchase comes with a free one-year subscription to Office 365 Personal, complete with full access to all the company’s latest Word, Excel, PowerPoint, Outlook and OneNote, and Office 365 access for an additional PC or Mac and a tablet. On top of that, you also get 1TB of OneDrive storage, and 60 free minutes of Skype Unlimited Worldwide calling.

These products alone would significantly drive down the cost of your Lumia purchase, and these devices are already very cheap, with prices starting at €139 for the 5-inch model. Sure, you might end up paying for Office 365 and other Microsoft products in the future, after the first year, but that doesn’t mean this isn’t a good deal.

Not to mention that these Lumias will also get upgraded to Windows 10 once the mobile OS update is out.

Below you’re going to find a few more hands-on images of the Lumia 640 and Lumia 640 XL, which paint a familiar picture. We’re looking at Microsoft devices that look very familiar, complete with the same wild range of color choices. But they’re definitely exciting when it comes to their software bundles.