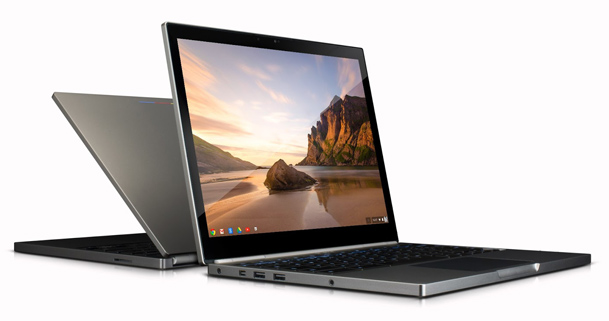 The LTE version of Google’s (GOOG) touch-enabled Chromebook Pixel computer has been unavailable since it was announced in February. An update to Google Play on Monday, however, revealed that the $1,449 Chrome OS-powered computer will ship out to customers by April 8th. The LTE model is compatible with Verizon’s (VZ) high-speed network and includes a 64GB solid-state drive, while the Wi-Fi only version is available now for $1,299 and is equipped with 32GB of internal storage. Both models feature a 12.85-inch touch-enabled display with a class-leading 2560 x 1700 pixel resolution, a 1.8GHz Core i5 processor, 4GB of RAM, integrated HD Graphics 4000, a microSD slot and two USB ports. The LTE-equipped Chromebook Pixel also comes with 100MB of free data per month for two years.