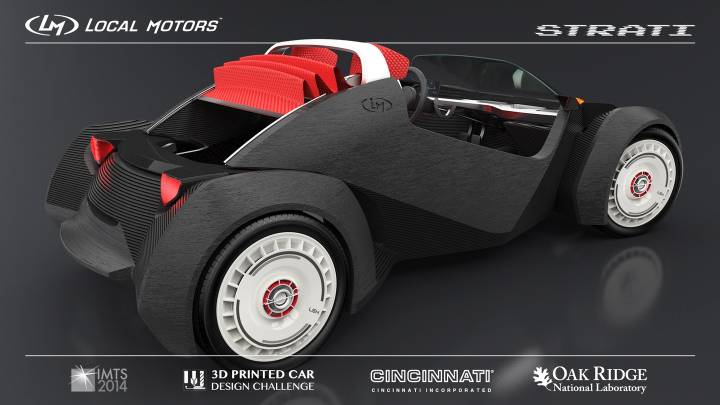 As always, there was a huge focus on motor vehicle innovations at CES this year, from hydrogen fuel cells to dashboard operating systems. But here’s one thing you probably didn’t see: a 3D-printed car.

READ MORE: These are the sexiest, most futuristic new cars unveiled at the Detroit Auto Show

The first thing that Ziegler addresses in his write-up about his experience with the Strati is the car’s aesthetic. Yes, it looks kind of like paper mache, but that’s simply the result of attempting to 3D print a car. Nearly every component is encased in plastic, which is inevitably going to give the car a different style that what you’re used to seeing on the highway.

As for the Strati’s capabilities as car, it’s entirely electrical and currently can run 40-60 miles on a single charge. That number will go up by the time the car begins shipping. It falls somewhere in the realm between car and go-kart, but Ziegler found it to be comfortable and quiet.

Local Motors plans to begin selling the Strati in the next 12-18 months. Be sure to check out the source link for a video of the car in motion.