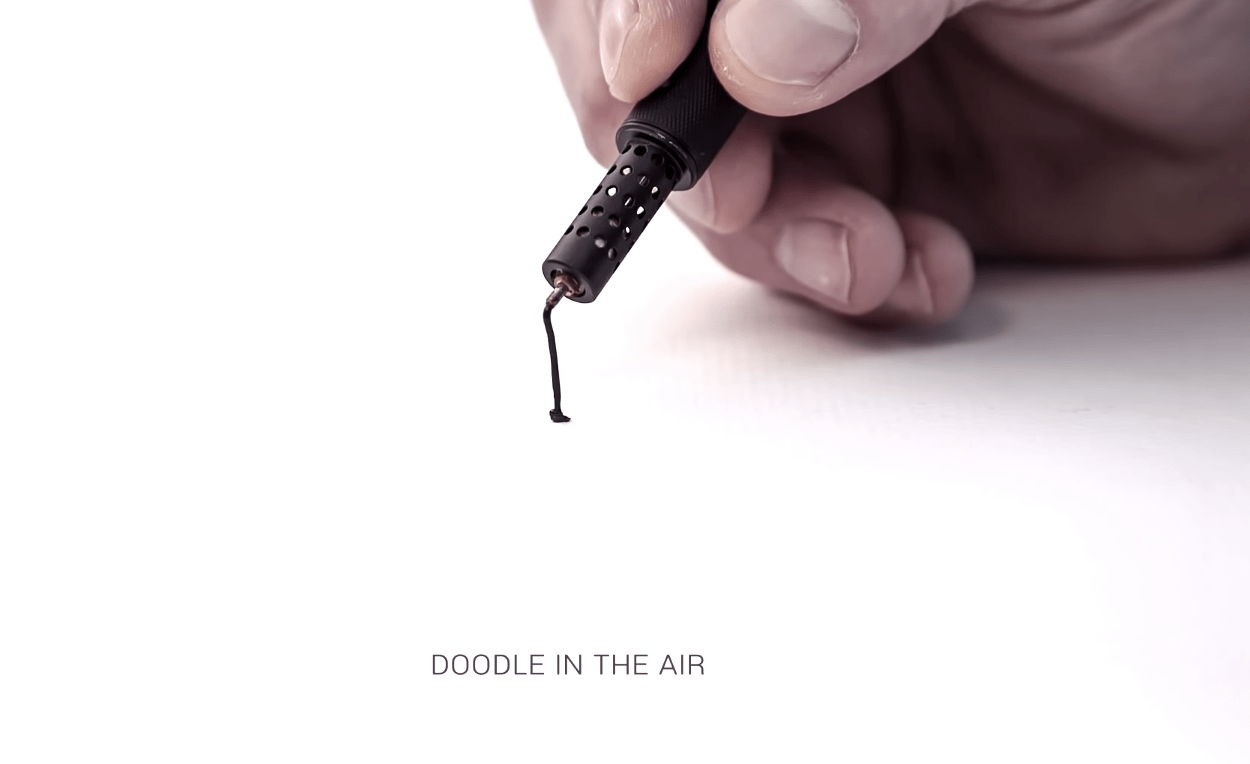 Kickstarter continues its hot streak in funding 3D printer projects. The $300 Micro has blown past $3 million, weeks after the Robo3DPrinter raised nearly $650,000 in February. Now a plucky British company is making waves with the LIX 3D Pen, an experimental new 3D printer that enables people to literally doodle in the air.

The tip of the pen melts plastic filament, which forms a rigid wire as it exits the pen and cools down. The trick to creating wire sculptures lies in moving the pen in the air at a steady speed. Lix has raised £300,000 (USD $500,000) in a day, which is none too shabby. The pen is drenched in nerd glamor — as LIX describes it, the pen “melts and cools colored plastic, letting you create rigid and freestanding structures and has a hot-end nozzle that is power supplied from USB 3.0 port.”

As it happens, the idea is not exactly novel. Back in January, a company called WobbleWorks announced wider availability of its 3Doodler, which enables people to, well, doodle in the air. Both LIX and 3Doodler have both priced their cheapest pen-and-plastic packages at under $100, though of course any user would have to start ordering new tubes of construction material pretty quickly. In this way, 3D printers seem like the ultimate way to make money from the “razor-and-blades” business model.

Both the promotional video and the actual product of LIX look far sleeker and smoother than the clunky 3Doodler that debuted last year. Perhaps it’s a good sign for the 3D printing industry that even in specialty niches like pen-shaped printers the product designs seem to be improving at a hectic clip while investor interest remains high even for products that are basically new iterations of similar products that launched mere months earlier.

Not everything is pink roses and champagne in the Kickstarter 3D printer world, though: A project that describes a “New method for 3D Printing using Continuous Wire-feed Metal Deposition” has raised a mere $47 in Canadian dollars so far.