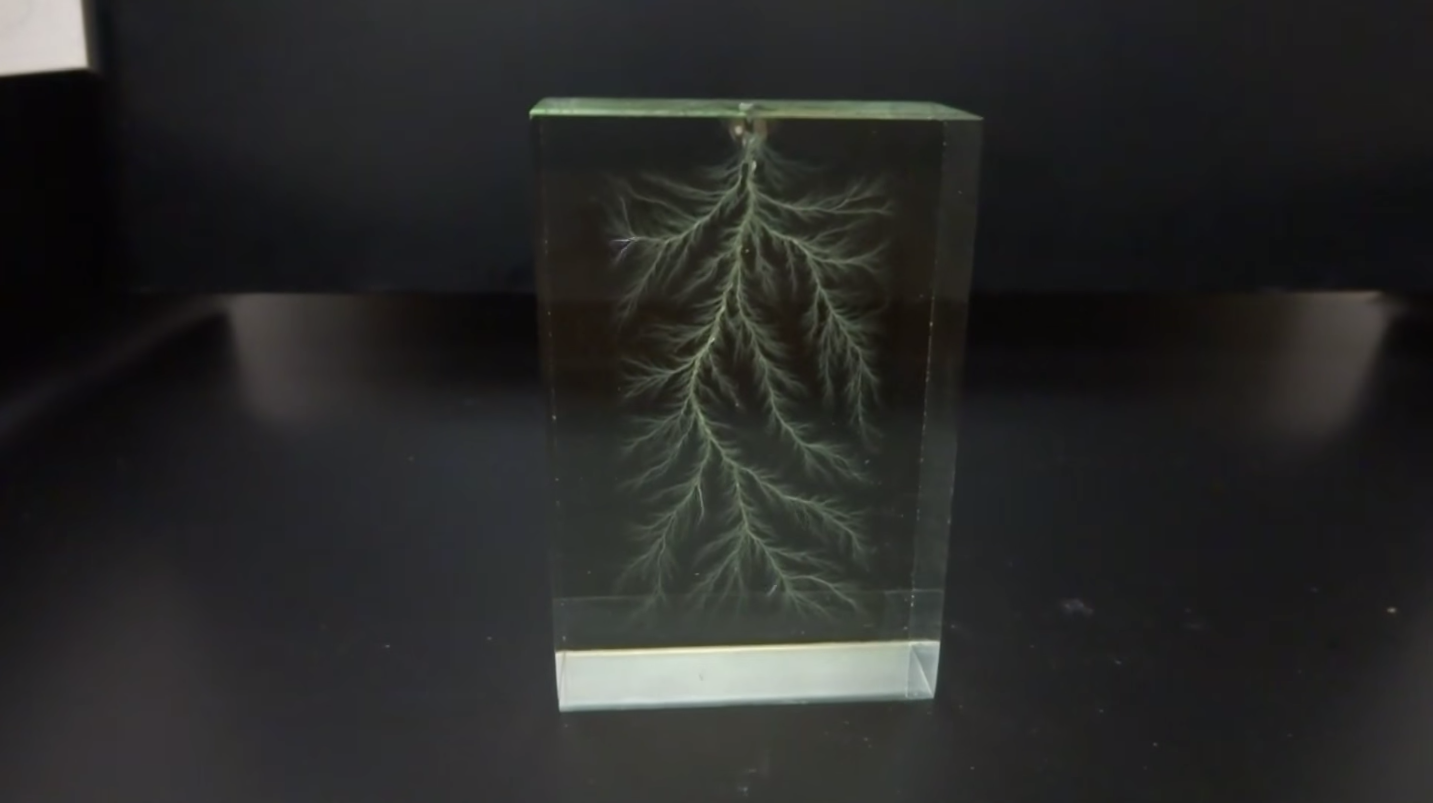 Nature is chock full of terrifying phenomena, from hurricanes to tornadoes to celebrities with strong political leanings, but nothing strikes fear into our hearts quite like a thunderstorm. Dogs run under tables, babies start crying and adults pretend it doesn’t bother them, but they know deep down that getting struck by lightning is a real possibility.

Fortunately, like most things in nature, we seem to have found a way to corral that crackling electrostatic discharge.

DON’T MISS: Galaxy S6 and S6 edge will receive a big Lollipop update in the next few weeks

If you’ve never seen this before, it’s what’s known as a Lichtenberg figure — branching discharges displayed on the surface or the interior of an insulating object. These figures have been known to appear naturally during storms, but in the video below, you can see what happens when the Lichtenberg figure is created artificially with a cathode ray tube and an insulating material.

It’s a fairly complex process, one which Business Insider does a great job of explaining, but needless to say, this probably isn’t something you’re going to be attempting at home any time soon. At least we have video footage to marvel at instead.