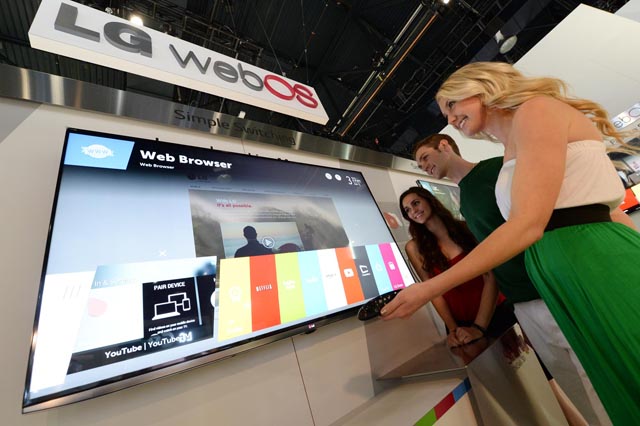 As Google gets ready to give its TV efforts a huge adrenaline shot in 2014 after its Google TV efforts flopped so spectacularly, LG has announced that it’s heading in a different direction in 2014. The South Korea-based electronics giant said last year that it would use its newly acquired webOS platform to power TVs, and it said the first such set would launch in 2014. Well, 2014 is now here and LG has no plans of breaking its promise. In fact, just the opposite: LG on Monday announced that webOS will power more than 70% of its smart TV lineup in 2014.

Preliminary details of LG’s plans for webOS TVs were announced in a press release on Monday morning and it looks like the devices will focus on three core features: Simple Connection, which uses an animated character named “Binbeodeu” (which translates to “Bean Bird,” though the character might have a different name outside of Korea) to assist users during the setup and configuration processes; Simple Switching, which is a reimagining of webOS’s card interface that facilitates quick and easy app switching; and Simple Discovery, which helps users find new content.

LG’s new webOS TVs will debut in South Korea and will then launch in the U.S. and Europe. Additional rollout details are expected to be revealed during LG’s CES 2014 press conference which takes place Monday at 11:00 a.m. EST.