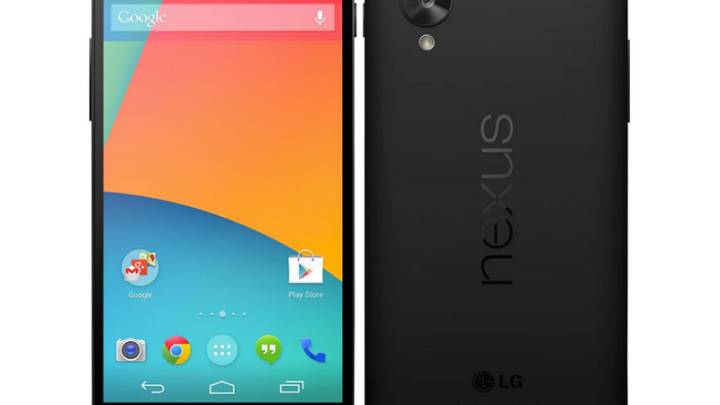 Google is widely expected to release two new Nexus handsets this year, including a new LG Nexus 5 and a Huawei Nexus phablet. Both devices have appeared in a variety of reports so far and a newly leaked image shows what looks like the smaller Nexus’s rear housing.

UPDATE: French publication NowhereElse, which is also managing the @OnLeaks Twitter account, published more images showing Nexus 5 (2015) case designs – check them out at the end of the post.

According to @OnLeaks, the rear case in the drawing below comes from a case manufacturer. The image offers some details about the device, including support for what appears to be a 3D camera.

The holes in the following image might indicate placement for the rear flash (the rectangular hole) and camera assembly (the circular openings). One of these cut outs might also be used for a fingerprint sensor, as Google is expected to add this functionality to its Nexus lineup this year.

The drawing also indicates the physical button’s position (on the left in the following image), headphone jack (on top) and speaker and charging port placements (bottom). It’s not clear whether the charging port is a USB Type-C port or a microSD one.

You can see that none of these elements matches the rear design of the old Nexus 5. Assuming the leak is indeed based on existing LG design documents, it would appear that the South Korean manufacturer has made significant changes to its Nexus concept.