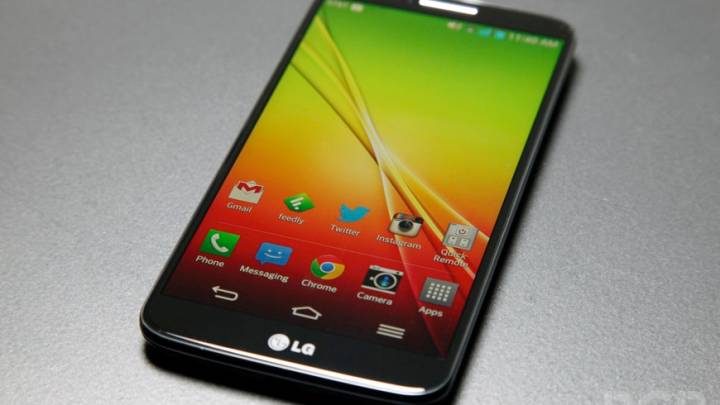 LG has already confirmed that its next flagship smartphone will launch this quarter, issuing press invites for a May 27 event where the LG G3, and maybe the G Watch Android Wear smartwatch, will be unveiled. Various reports have already shown purported renders of the handset, as well as the rear camera area of the handset, revealing that LG is committed to keeping the phone’s buttons on the back. Now, Droid-Life has found several new leaked images on a South Korean South Korean site Seeko that seemingly show the full G3 smartphone in use.

Published on a South Korean forum, the images show a device that has LG branding on the front and what looks like a large edge-to-edge display, and a familiar button layout on the back, underneath the main camera. The flash next to the rear camera of the phone seems to be different from the G2’s flash arrangement, but it’s not clear whether the phone will offer any other kind of sensor on the back.

The leaked images, which follow below, also reveal that the microSD port and headphone jack are located on the bottom side and the phone appears to have a plastic case rather than metal.

It’s not clear where these pictures were taken, and the source did not provide additional details about the handset. Images showing the device turned on have not been leaked, although a recent leak did show the purported user interface of the handset.