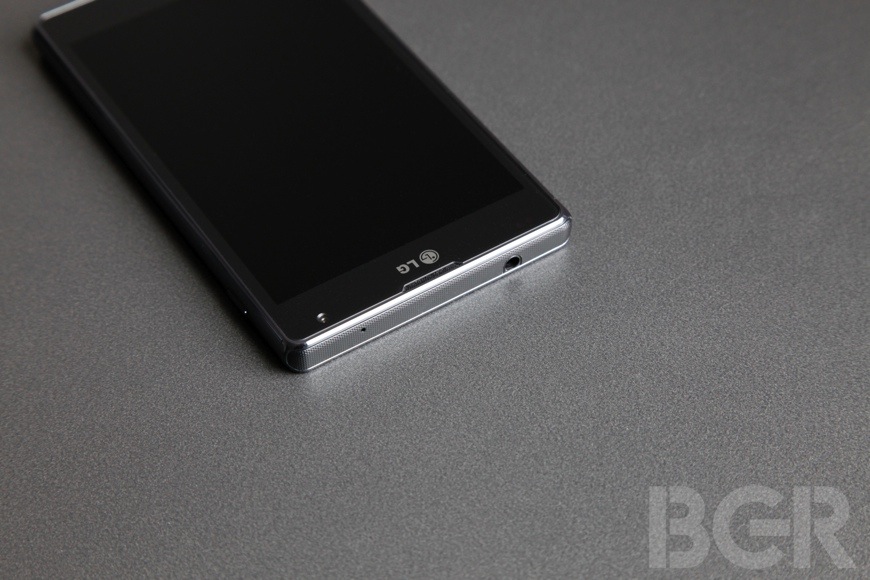 LG is bringing one of 2013’s most useless smartphone gimmicks back for a second go. GSMArena has posted a new leaked picture of the rear panel of LG’s upcoming G3 smartphone that clearly shows the new device will keep the Rear Key that the company first debuted on the LG G2, thus ensuring you’ll be able to adjust the volume and power on your phone by touching the back panel. The new Rear Key is more circular and much flatter than the Rear Key we saw on the G2, so at least this time the device will fit more comfortably in your pocket.

It’s too bad that the leaked picture only shows the rear part of the device because we’re really looking forward to seeing the G3’s new display this time around, especially because we think LG’s newest flagship phone might have some of the slimmest side bezels around. In fact, LG has become something of a pioneer in terms of making smartphones with tiny bezels, as a study conducted earlier this year found LG accounted four of the top 10 smartphones on the market with the slimmest bezels.

The G3, which LG will release this July, is rumored to feature a quad-HD display with a resolution of 1440 x 2560 pixels, 2GB of RAM, 32GB of internal storage, and a 16-megapixel camera.

GSMArena’s picture of the G3’s rear panel follows below.